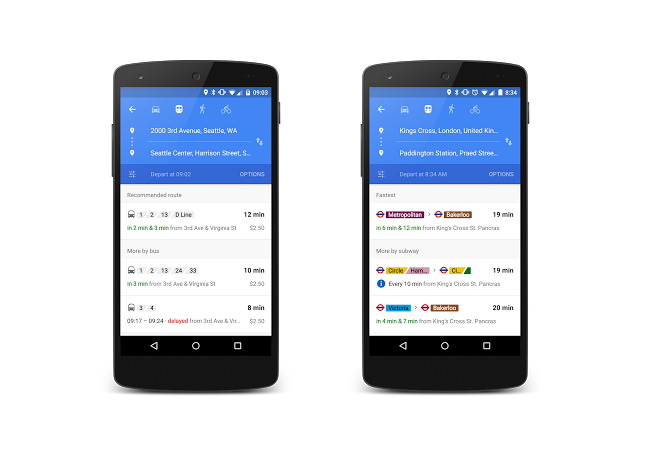 Google on Tuesday announced that its Maps app for iOS was updated with more accurate transit data for several cities in the United States (Chicago, San Francisco, and Seattle), the United Kingdom, Hungary and the Netherlands. The app now delivers live arrival information for buses, metros and subway systems in these new cities, and it also notifies users about canceled routes and helps them select other options. The update will happen automatically for those who already have Google Maps installed on their device. New users can download the app for free on the App Store.

Google's announcement comes one week before Apple is expected to announce that it is finally adding public transit directions to its native Maps app. Apple is also working on an augmented reality overlay for businesses, a new feature called "Browse Around Me" that will give users relevant information about nearby places, and the company has been spotted mapping cities for its own 3D map and street view options.

The revamped Maps app is expected to drop with iOS 9, which will be previewed on June 8th at WWDC 2015 in San Francisco, California. Apple fans can watch the WWDC keynote live on Apple.com at 10 a.m. PDT.