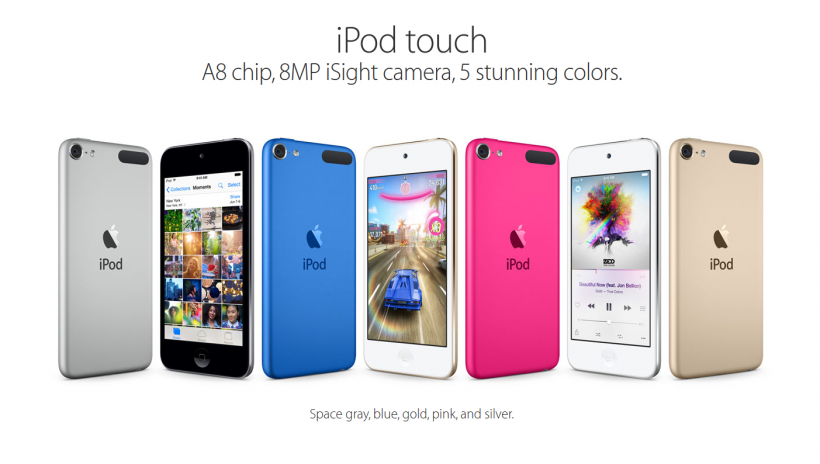 Apple today released the "best iPod touch yet". The sixth-generation iPod has been upgraded with an 64-bit A8 CPU, 8MP iSight camera and it is now available in new colors, including space gray, silver, gold, pink and blue. Apple announced the new iPod in a press release before updating its website with the new models.

"iPod touch gives customers around the world access to Apple Music, the App Store and iOS, the world’s most advanced mobile operating system, starting at just $199,” said Greg Joswiak, Apple’s vice president of iPhone, iPod and iOS Product Marketing. “With big advancements like the A8 chip and the 8 megapixel iSight camera, customers can experience next-level gameplay, take even more beautiful photos and enjoy their favorite music, TV shows and movies.”

The iPod touch also received a bump in storage and is now available in a 128GB version, just like the iPhone 6. The most affordable model still remains the 16GB version at $199, and it is still Apple's only 4-inch device.

This is the first major refresh of the iPod touch lineup since the fifth-generation iPod touch was released in 2013. iPod owners will now be able to take advantage of Apple's M8 motion coprocessor for fitness tracking, and use the front-facing FaceTime HD camera to take selfies.

The sixth-generation iPod touch and new iPod shuffle and nano colors are all now available at apple.com.