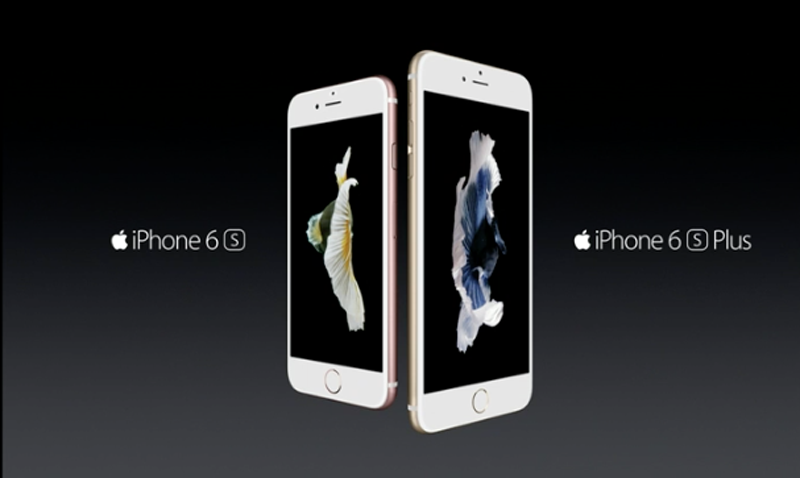 As expected, Apple today revealed the iPhone 6s and iPhone 6s Plus. The next generation iPhones have been completely revamped. CEO Tim Cook described the iPhone 6s as the "most advanced smartphone in the world". First off, externally the iPhone 6s models feature a custom aerospace 7000 aluminum alloy developed by Apple. In addition to the existing colors, a rose gold model will join the lineups.

Along with iOS 9 the brand new 3D Touch brings completely new ways to interact with apps. 3D Touch detects different levels of force to provide more efficient actions. For example, slight press on an email message will preview the content, and a deeper press brings the user right into the message. The preview can also be dismissed without actually opening the email. Similarly, using 3D Touch on app icons will provide shortcuts to commonly used activities.

Games of course will also utilize 3D Touch to enhance gameplay and change interaction with players. Inside, the latest 64-bit A9 processor uses new transistor architecture to optimize day-to-day activities. The M9 motion coprocessor is embedded in the main chip and always switched on.

The iPhone 6s camera has been upgraded to 12 megapixels, with multiple engineering ehancements to keep quality colors in imagery despite a smaller pixel size. When it comes to video, the iPhone 6s supports 4K recording and editing. The FaceTime camera on the front of the device has been upgraded to 5 megapixels, and utilizes the front display to create a Retina Flash with true tone colors. In addition, the rear-facing true tone flash is three times brighter on the iPhone 6s.

Apple announced a new feature called Live Photos, which will play when pressed with 3D Touch or when scrolling past thumbnails. They can be automatically recorded when snapping still photos, capturing 1.5 seconds of motion. Developer APIs will also support Live Photos, so they can be added to third-party apps.

Last but not least, Siri will be waiting for iPhone 6s users to ask questions with "Hey Siri", and the second-generation Touch ID sensor has been enhanced. LTE and Wi-Fi speeds have been enhanced as well.

Pricing is identical to the current generation iPhone, with iPhone 6s starting at $199 and iPhone 6s Plus at $299. Pre-orders start on September 12, with the iPhone 6s hitting shelves on September 25. iOS 9 launches for everyone on September 16.