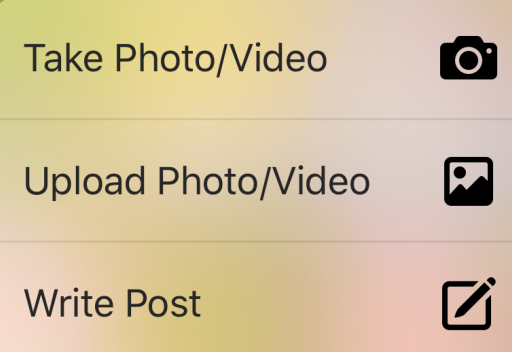 As usual Facebook did not include any release notes with today's update, and it is unknown if there were any additional features besides the Quick Action menu added to the app. The new 3D touch features are available in version 41 of the Facebook app available for free on the App Store.

Other popular apps such as Instagram, Dropbox and Shazam have also been updated with new Touch ID features. All three apps were updated with Quick Actions, and Instagram and Dropbox also include peek and pop options.

Users with the Shazam app installed can now identify songs quicker by firmly pressing on the app icon. This may be a speedier option than using Siri.

Instagram, Dropbox and Shazam are all available for free on the App Store.

Remember, 3D Touch is only available on the iPhone 6s and iPhone 6s Plus.

Once you buy a home, there are multiple ways of making money
out of it. stock is very high right now, but a few years ago a share of stock
was near $80. These were the most effective ways to earn some good money online without an investment.