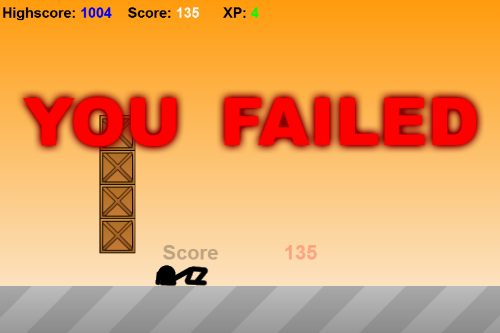 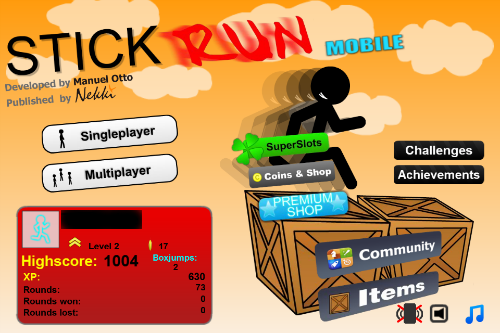 Maybe I'm too old for Stick Run, but I can't figure out how such a simple game can leave me so confused. The entire purpose of the game is to keep running so you can earn more coins to buy more items for your character. However, most endless runners offer a variety of upgrades so you can improve your game play and earn more stuff. Stick Run only has three "PowerUps" and you will need a lot of free time on your hands to be able to earn them. I also don't understand the purpose of earning "XP" if you can't use it to improve your character's performance, and what's so exciting about buying skins for your status box. Maybe it's just me, but wasting hours on a game just to earn a "Pussy Skin" is not an ideal way to spend my free time. 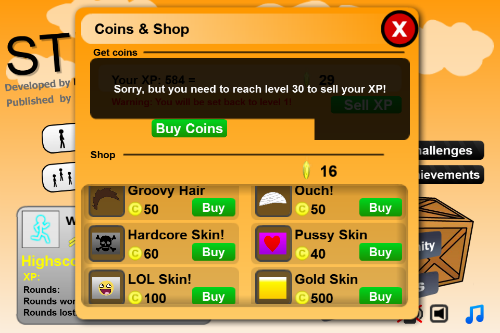 Stick Run is available in the App Store for $1.99, but there are also plenty of other endless runners available for free.