What is the iPhone SE screen resolution / size?

How big is the iPhone SE? 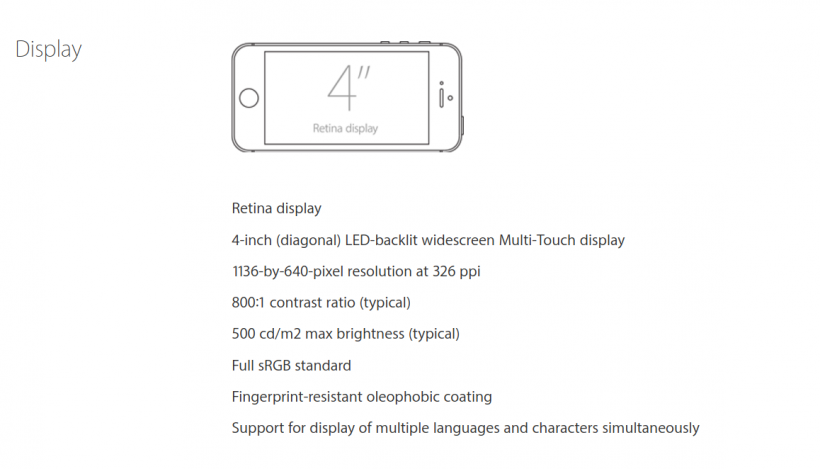 The iPhone SE is equipped with a 4‑inch (diagonal) LED‑backlit widescreen Multi‑Touch Retina display with 1136‑by‑640‑pixel resolution at 326 ppi. The new SE handset replaced the iPhone 5s in Apple's current 2016 iPhone 6 lineup. It was officially introduced on Monday, March 21st and it was officially launched on Thursday, March 31.

The iPhone SE is powered by Apple's 64-bit A9 and M9 chips and it ships with longer battery life, a 12MP iSight camera, Apple Pay support and more. You can see a list of full iPhone SE specs and official press release here.