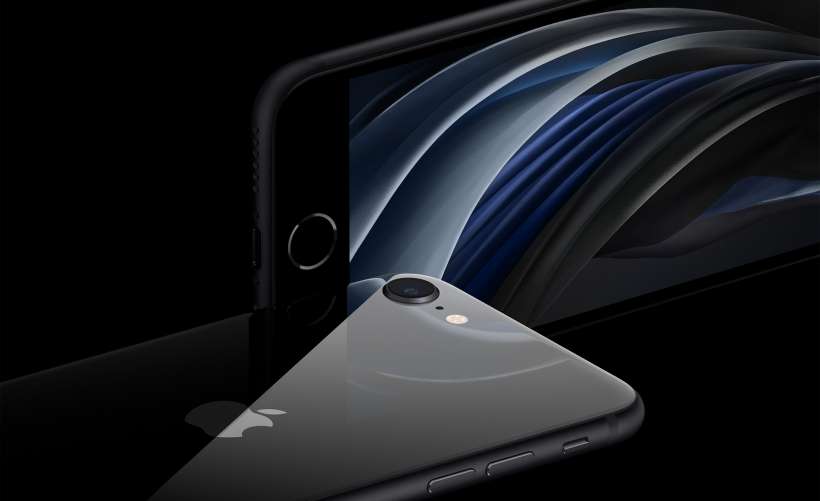 The second-generation iPhone SE released in April, 2020 does include Optic image stabilization (OIS). While it shares a similar 12MP camera as is predecessor, it does include several new features such as OIS for both photos and video. You can see a list of new features here.

The original iPhone SE released in 2016 does not ship with Optic image stabilization.