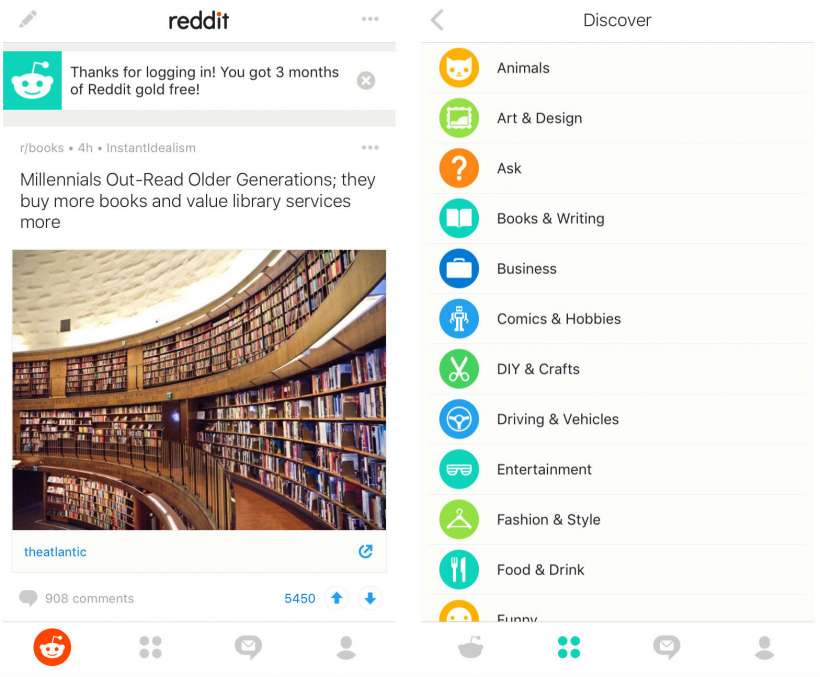 After acquiring the Reddit client Alien Blue, the "front page of the internet" has released its own official iOS and Android apps. Both versions of the apps have been in beta for quite some time, but now all iOS users in the US, Canada, the UK, and Australia can download the final public version of Reddit: The Official App. Alien Blue will be pulled from the App Store, while the paid tablet version will remain until Reddit launches an iPad friendly version of its own app.

The official app simplifies the whole Reddit process putting the highest voted stories right in your face. The app features a Discover section full of categories, such as Animals, Music, Philosophy and so on. Each category links users to popular subreddits where they can easily view a variety of user created content. The app also includes an Inbox for registered users and your user account info with Karma score and posting history.

Reddit: The Official App is available for free on the App Store. It supports all devices running iOS 7.1 or later, but it is specifically designed for the iPhone. It also comes with 3 months of Reddit gold for free for new and existing users who register an account with the app.