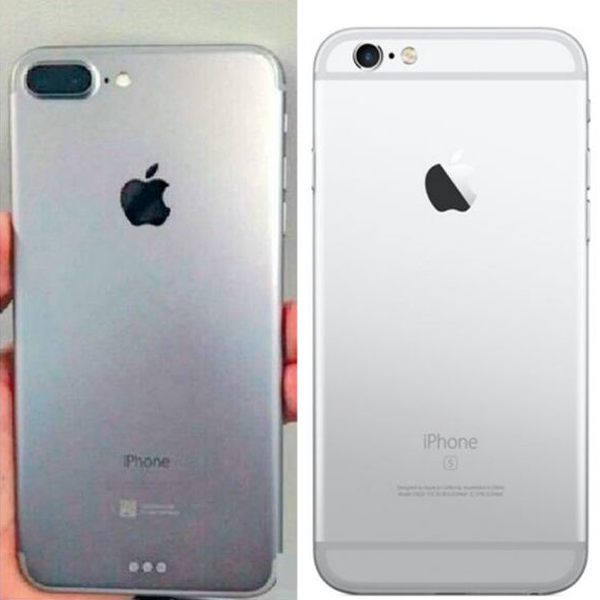 More iPhone 7 leaks point to a next generation Apple device with a similar form factor as the current generation iPhone 6s. Design changes are said to be subtle, with antenna lines being moved to the edges of the iPhone 7 or made invisible entirely. The dimensions and thickness of the next iPhone aren't expected to change much, but this doesn't mean Apple has no new tricks up its sleeve.

Japanese source Mac Otakara has weighed in on the image posted above, which was first leaked on a Chinese website last month. Not only does the site claim this design is authentic for the iPhone 7 Plus, but they have also confirmed several other rumored iPhone 7 features.

The image itself shows an oval dual-camera setup with a slight bump in place of the main iSight camera. Two cameras could provide enhanced zoom capability or even 3D image capture. The three dots at the bottom of the phone are a Smart Connector, which is currently used on the iPad Pro to connect the Apple Smart Keyboard accessory. Adding a Smart Connector to the iPhone 7 Plus could provide new options for accessories, including a similar portable keyboard.

Mac Otakara has decent track record when it comes to Apple leaks and predictions. Besides verifying the photo, sources at the site believe Apple will include these features on the iPhone 7:

No doubt more information will surface ahead of the official iPhone 7 release date. Apple is expected to launch the iPhone 7 and iPhone 7 Plus in September.