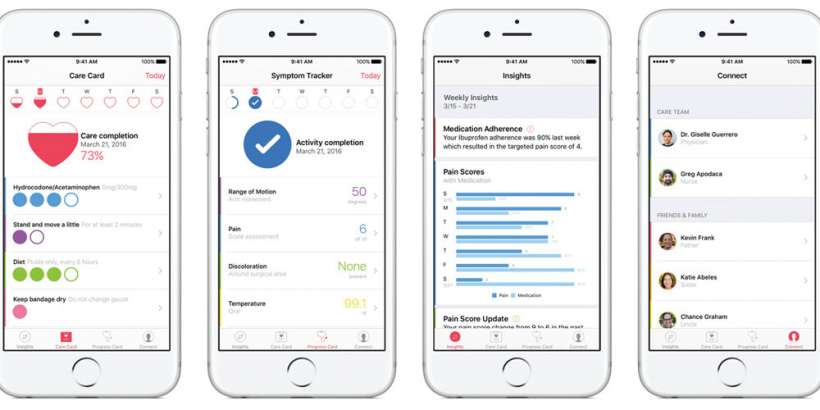 "iPhone apps using CareKit make it easier for individuals to keep track of care plans and monitor symptoms and medication; providing insights that help people better understand their own health. With the ability to share information with doctors, nurses or family members, CareKit apps help people take a more active role in their health."

According to TechCrunch and several other sources, CareKit is now available via Github's open source community. Developers can contact Apple through the ResearchKit and CareKit page for more information.

Apple's CareKit team has also been working with third-party developers who were given early access to the code, according to FastCompany. The early access has allowed four medical apps to be updated with new CareKit features.

Iodine founder and CEO Thomas Goetz told FastCompany that his team "had about a month to play with CareKit." The company's app called, Start is a depression-management tool which also serves as a medication manager and more.

Other CareKit-enabled apps available on the App Store include Nurture and Baby from Grow and One Drop by Informed Data Systems.

Glow's Nurture and Baby apps are pregnancy and baby trackers that now allow users to easily share information about their pregnancy and newborn's health with their doctors and nurses thanks to CareKit.

One Drop is a diabetes management tool that users can now use to instantly share information such as blood glucose with their healthcare providers.

iOS users can expect many more CareKit-enabled apps to hit the App Store in the near future.