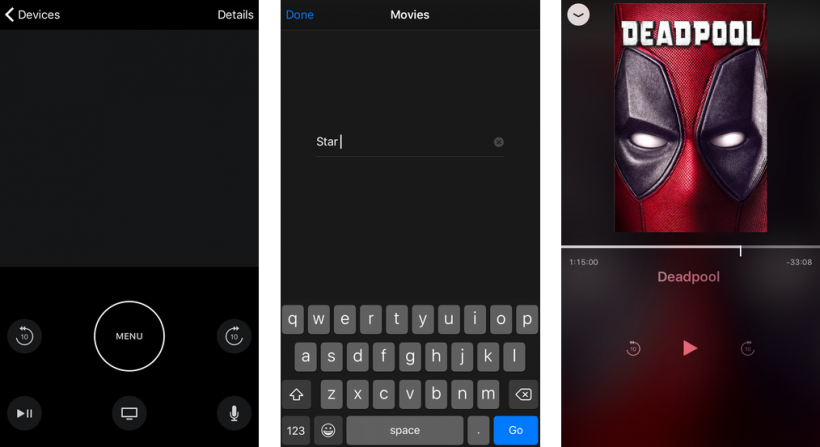 The wait is over for Apple TV owners looking forward to a new remote control option. The official Apple TV Remote app has been released by Apple after being revealed earlier this year. Once installed, any compatible iOS device will function as a remote control for second, third and fourth-generation Apple TV set-top boxes. Not only does the app simplify text entry with a keyboard for search fields, it offers full control of media playback.

Fourth-generation Apple TV owners can use the Apple TV Remote app just like the Siri Remote, with dictation and voice queries taken directly from the iPhone, iPad, or iPod touch. When using the new Remote app as a game controller, it functions much the same as the Siri Remote by using the accelerometer and gyroscope. There's even a Game Mode for simplified game controls.

Touch gestures and swipes can be used to navigate on Apple TV screens, with buttons providing the same functions as the stock remote. The app connects to the Apple TV unit via Wi-Fi. Here are the requirements needed to install and use Apple TV Remote:

Siri features require the fourth-generation Apple TV, and those with a first-generation (original) Apple TV are out of luck. Find the Apple TV Remote free on the App Store. Apple TV Remote requires iOS 9.3.2 and 4.3 MB of free space to install.