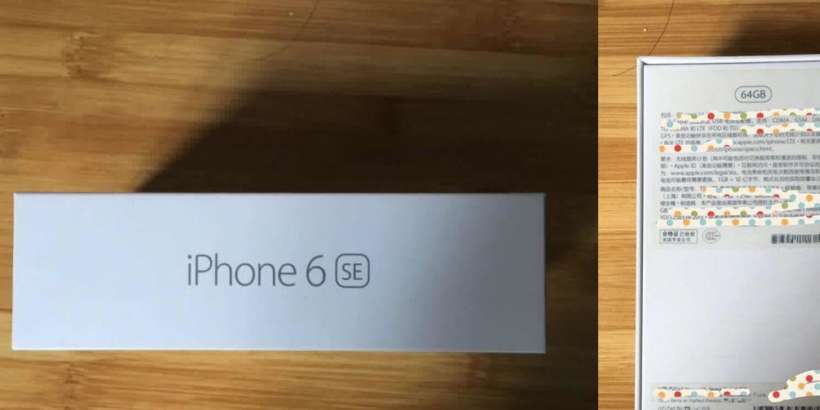 A new unconfirmed leak suggests Apple will not release the iPhone 7 in September, like originally expected. Several images posted to TechTastic (via 9to5Mac) allegedly reveal the product packaging for Apple's next-generation handset -- the iPhone 6 SE. If the packaging is authentic, then the next iPhone will be a successor to the iPhone SE released in March.

While it seems unlikely that Apple would brand one of its devices something as clunky as the "iPhone 6 SE" it isn't out of the question. The rumored iPhone 7 is rumored to look visually similar to the iPhone 6s, and it is not expected to feature any major upgrades. Branding the next-generation iPhone as the "6SE" will make the new handset fit better with the current lineup, and it allow Apple to work on launching its major flagship device next year. This may be disappointing to Apple fans, but the reality is smartphone makers are running out of bells and whistles to add to newer models.

9to5Mac noted that naming the new iPhone the "6SE" makes "little sense from a product marketing perspective," because it will be easy to confuse the higher-end SE device with Apple's entry-level, 4-inch model. However, Apple has discontinued past models prematurely, such as the iPad 3 and iPhone 5c. Apple could discontinue its SE model and have its future lineup offer the iPhone 6 as its entry-level device. This would make the iPhone 6 SE the only available "SE" device in the current lineup.

Apple could also decide to discontinue the older iPhone 6 model and make the new lineup the iPhone SE, iPhone 6s, iPhone 6s Plus and iPhone 6 SE. Although an iPhone 6 SE Plus does seem silly, and it is hard to imagine Apple plans to abounded its 4.7- and 5.5-inch models.

This is just all fun speculation as we wait for the upcoming release of Apple's new iPhone. We must make it clear that the purported images are unconfirmed, easily faked and should obviously be taken with a grain of salt. It is unknown what that new iPhone will be called, but whatever its name we do know it is only right around the corner.