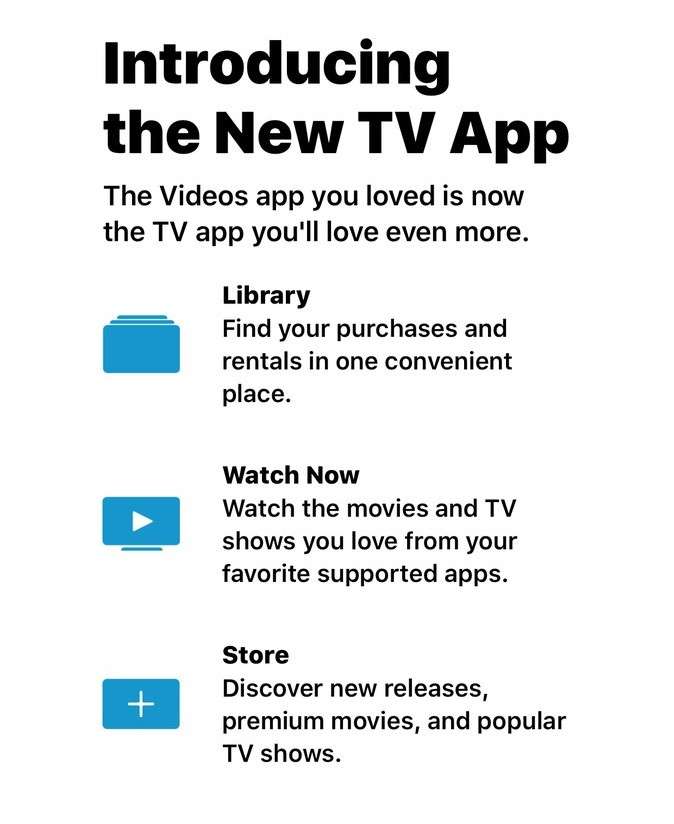 One week after releasing the original iOS 10.2 beta to the general public, Apple has released the second beta to developers. The updated beta includes Apple's new TV app, which was originally announced at the iPhone-maker's October 27 Mac event. Apple claims the TV app is going to “completely change" how iOS and Apple TV users watch television.

The app works as a sort of TV guide that helps users locate their favorite television shows and movies across Apple devices and different platforms. The app supports other Apple services, such as Siri Live Tune-In and Single Sign-On, which will be included in the tvOS 10.1 update when it is officially released later this year.

The TV app allows users to easily access media they have purchased through iTunes and previously watched on other services. Users can also search trending TV shows and movies, find live events, and discover new content in the Store section. Tapping any television show or movie will automatically take a user to the appropriate app to watch that video.

The TV app is expected to roll out sometime in December.

The Preserve Settings feature for the Camera allows users to preserve their last camera mode, including filters and Life Photos. The individual sliders can be located under the Photos & Camera section of the Settings app.

Apple's redesigned emojis has put an end to the classic Peach "butt" emoji, which created a firestorm on social media. However, most users seem to be happy with the new emojis which include a Gorilla, who has already been dubbed Harambe by some, new David Bowie inspired faces, new female and male professions and more.

iOS 10.2 is expected to be available later this year for supported iPod, iPhone and iPad devices.