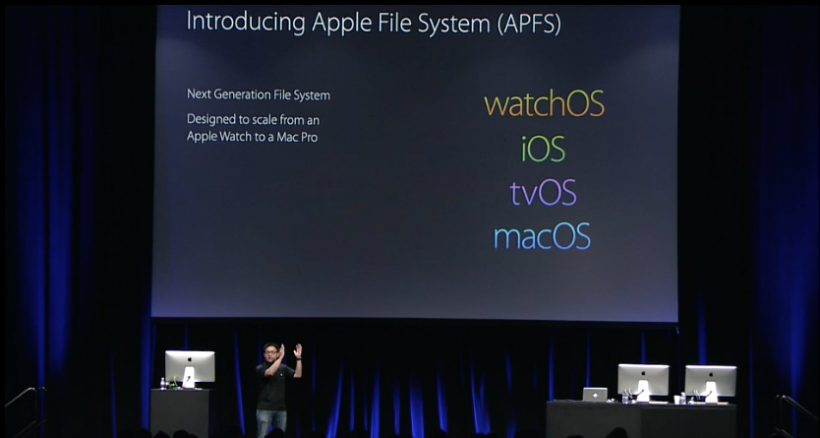 In addition to a few minor new features and updates, iOS 10.3 will replace the almost twenty year old HFS+ file system with the new Apple File System (APFS), which was introduced at WWDC 2016. Though most of the advantages of the new file system will largely remain unnoticed by end users, it will make the Apple ecosystem more efficient, especially for developers, and will clear the path for better products in the future.

HFS+ debuted in 1998 with MAC OS 8.1, and was built to replace the Hierarchical Files System, which was developed in 1985 in the era of floppy disks. It has been updated, tweaked and basically pushed to its limits ever since in an effort to keep up with ever-changing hardware and software, as well as exponentially increasing data usage. Over the years, many variants of HFS+ have been developed to encompass all of Apple's new products including iPhone, iPad, Apple TV and Apple Watch among others, and it has become an increasingly costly endeavor moving forward. APFS was designed replace all of these as one system that will scale across all of Apple's operating systems including macOS, iOS, watchOS and tvOS.

Some of APFS' notable improvements over its predecessor include:

iOS will transfer to the APFS with iOS 10.3. It will be a seamless transition that users likely won't even notice, but as always, make sure to backup your device before updating. APFS should come to macOS, tvOS and watchOS some time in the first half of 2017. You can learn more about APFS in the WWDC 2016 video.