A better way to edit text on your iPhone 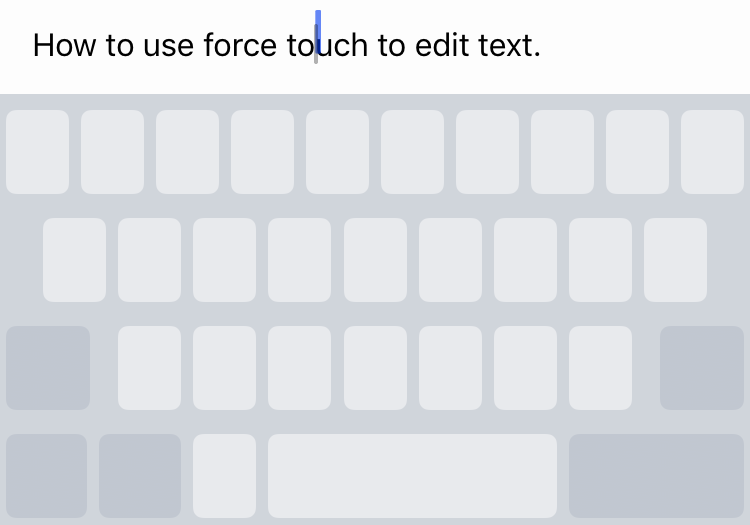 The text editing feature on iOS has always been an issue. Using your finger to drag the blue cursor across your display not only blocked what you were trying to edit, but it was like trying to drop a needle down a small crack. Sometimes the copy and paste options would pop up for no reason, or you would begin highlighting text when you didn't want to. It could be a real nightmare trying to edit a text message or email, until Apple introduced the Force Touch trackpad.

Once again Apple has heavily borrowed from the jailbreak community. The Force Touch trackpad is basically a version of an old tweak called SwipeSelection. With SwipeSelection installed you could easily edit text by sliding your finger over the iOS keyboard. This would effortlessly move the cursor on your display allowing you to easily drop it in-between individual letters or words. You could even use one finger for a slow crawl or two to move the cursor faster.

You can now basically do the same thing with Force Touch. To trigger the Force Touch trackpad on your iOS device just press down on your keyboard when you're writing an email or sending a text message. The letters on your keyboard will become grayed out, and you will then be able to edit your message by sliding your finger across the trackpad to move the cursor on your display. This not only allows you to see what you're editing without your finger in the way, but it is much more smoother and accurate than the old system.

You can also use Force Touch to get additional information about flight times, or to look up an address in Maps, check your calendar details and more. You can do this from your email, Messages app or browser. Just press down on any text links and a window will pop open with the correlating information. You can also push harder on your display to open the app displayed in the pop-up window.