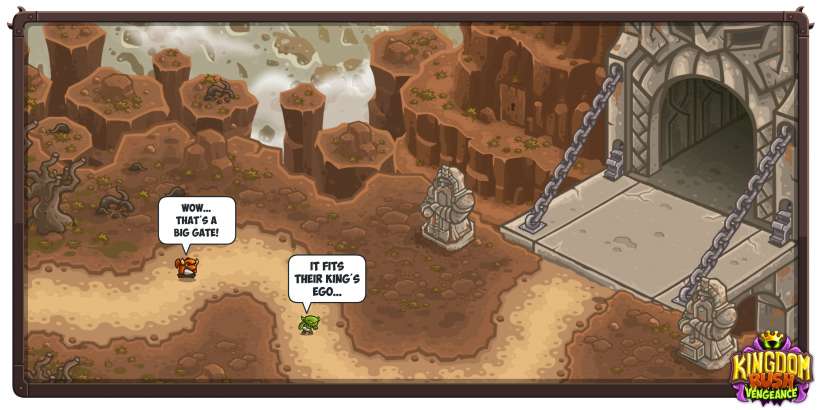 Kingdom Rush Vengeance is now available for pre-order on the Apple App Store and Google Play.

Kingdom Rush is a medieval tower defense series where your goal is to defend your kingdom against invading forces. Vengeance flips the franchise on its head by putting the player in control of Vez’nan -- an evil wizard determined to get his revenge. The goal of Vengeance is to conquer the kingdom instead of defending it.

In Vengeance, Vez’nan comes equipped with 16 new towers to take down the king's forces across 16 stages in three different lands. Players can also control 9 different heroes, command new reinforcements and summon new evil powers. In Vez’nan's way are 35 different types of deadly troops and 3 kings in three epic boss battles. Other features include more than 10 trinkets to collect to boost your abilities, 30 upgrades, over 50 achievements, and offline play.

Vengeance is the fourth game in the series that includes 1 sequel and 1 prequel.

You can check out the official trailer below and visit official Ironhide blog for updates and hero/tower previews.