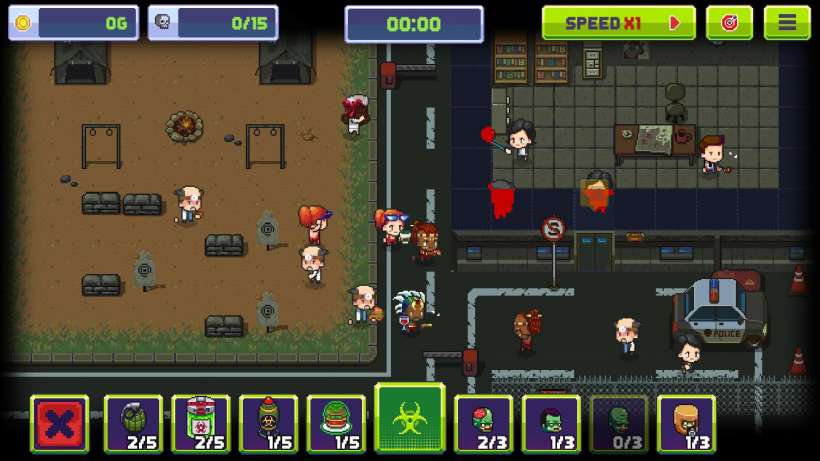 Infectonator 3: Apocalypse has made its way to the Apple App Store. Originally launched on Steam, Infectonator 3 is a top down, action strategy game where you control the zombies. The goal of the game is to infect the world before the humans invent a cure for your zombie plague.

Described as a "campy, crazy pixelart" sim title, Infectonator is a deep strategy game with lots of upgrades. Don't skip the tutorial because there is a lot to learn, but the actual gameplay itself is pretty simple. Just select an area on the world map that you want to infect, then tap anywhere on the screen to kick off your zombie infection. You can then spawn other zombies, or use items such as grenades, as you try to wipe out all the humans on each level.

The deep gameplay comes into play after you spread your carnage. The more you attack the more panic will spread across the world, and humans will start to defend themselves from your zombie spawn. To stay ahead of the humans, you must continually upgrade your stats, purchase stronger weapons, and craft new zombies with new abilities. This can seem overwhelming at first, but it is actually pretty basic once you have it all down. You can collect coins on each level to spend on stats and weapons. Coins can be spent on things such as improving your lifespan, speed and more, or various bombs and other traps to kill and infect humans. 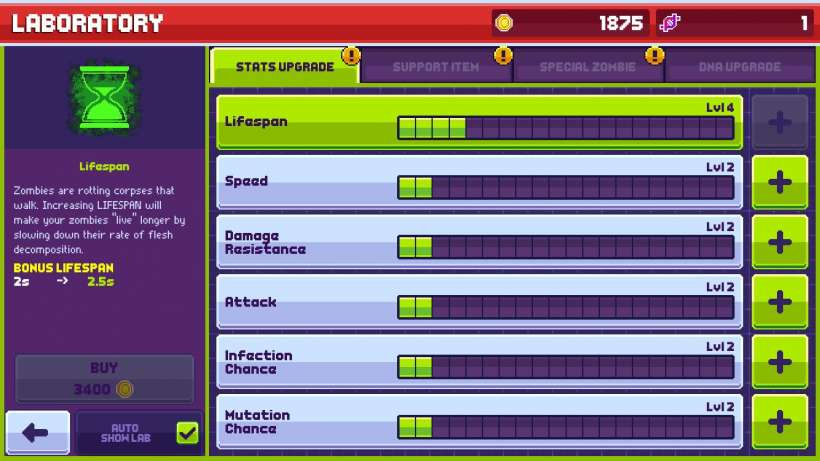 After each successful level you'll be able to unlock a body bag with 4 cards. These cards give you additional coins and zombies that you can combined to make new zombies with different abilities. You can also collect and splice DNA to gain new abilities, such as a vampiric kiss or venomous bite.

And that's basically it, you attack humans on different continents to spread your plague. The more panic that spreads, the stronger and smarter humans become. You must stay one step ahead of humanity by upgrading your zombie troops and support items. 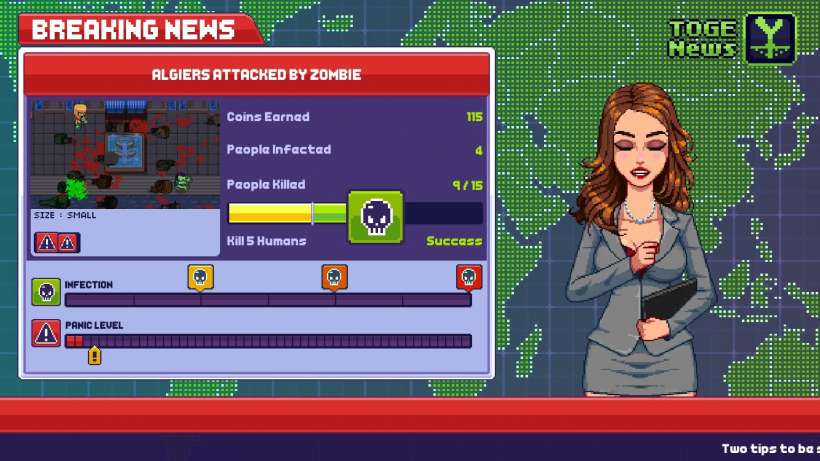 Infectonator 3: Apocalypse is a cute, fun zombie sim game where you get to "conquer the world, one bite at a time." The game features over 35 to unlock and upgrade, over 200 unique locations and levels, daily challenges and more. It is available on the Apple App Store for $4.99.