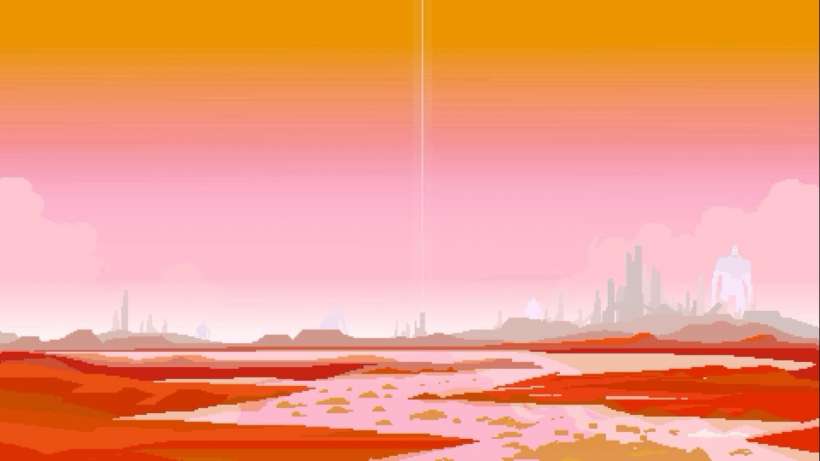 At first glance, Hyper Light Drifter looks like a pixel art version of The Legend of Zelda but a lot more stylish. It is a top down adventure game where you play as a Drifter, a kind of post-apocalyptic scavenger. It features a score composed by Disasterpeace, dreamy soundscapes and exciting combat that translates well to iOS devices. The game has received high praise since its release in 2016. The iOS version is a port of the original Nintendo Switch version with exclusive content and new areas.

The game is played with a floating pad and onscreen buttons for slashing, shooting, dashing and performing various actions. After a few splash screens you begin the game with no context, only a sword and a flying robot companion who can operate machines like elevators or electronic doors. Things are a bit confusing at first, such as figuring out how to dash across pits and where to go next. The game is like one big mystery, where you need to solve how to play by trial and error. It took me a second to figure out how the aim the gun even though the instructions were flashed across my display. 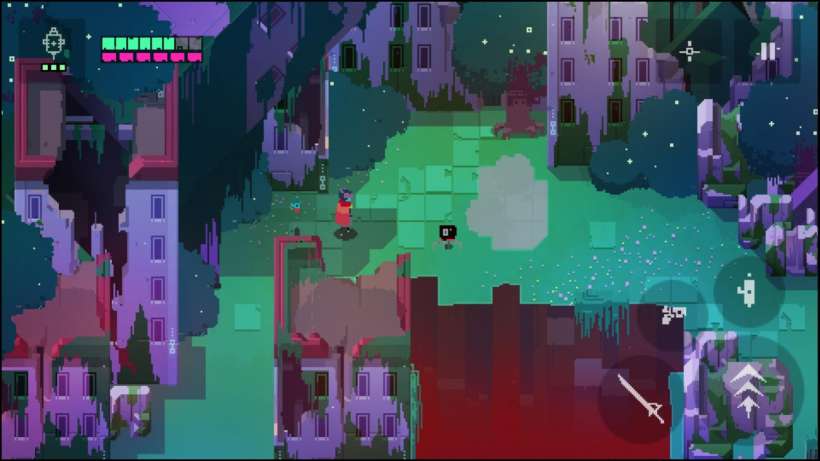 Hyper Light Drifter is a fun 2D role-playing game fashioned after the action games of the SNES era. It features an interesting main character and weird landscapes that bring back memories of the 1990 sci-fi flick Hardware. Its gorgeous visuals are complemented by the haunting soundtrack and its art style has been compared to Superbrothers: Sword & Sworcery EP.

Hyper Light Drifter is available for $4.99 on the Apple App Store. It runs at 120 fps on the iPad Pro and 60 fps on the iPhone and iPad. It includes MFi controller support, and can be played with Xbox or PS4 controller on devices running iOS 13 or later or iPadOS.