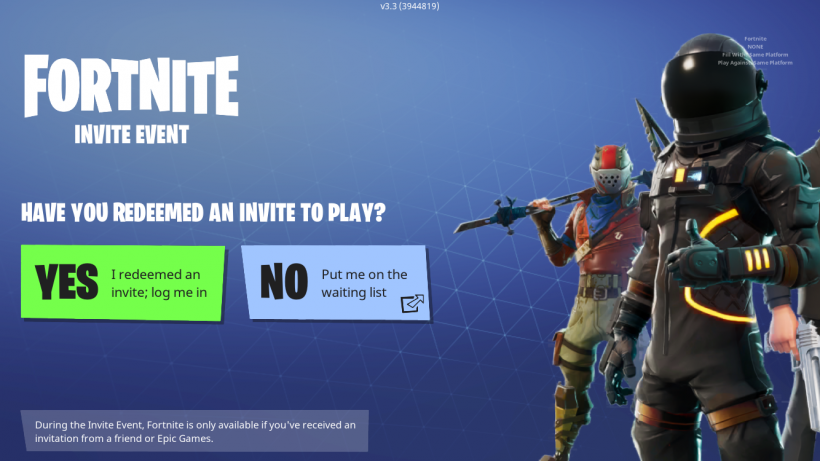 Fortnite is the first App of the Week that's available to download on the App Store but you can't play. It is also currently the #1 free game on the App Store charts. Fortnite is being rolled out slowly by invitation only to handle the influx of gamers on its servers. This may be frustrating to people waiting to play the game, but it is not as frustrating as the game not working because it can't handle all the new players coming from mobile.

Downloading the game on your iOS device will only bring you to an option screen asking if you have an invite. If you do not have an invite you will be redirected to Epic Games' website where you can join a waiting list to play.

If you are wondering why an unplayable game is the number 1 downloaded title this week, it's because Fortine is already a popular survival game on every other availble platform. Fortnite Battle Royal on iOS is not some watered down mobile version, remake or bad sequel. It is a full port of the actual Fortnite spinoff available on the PlayStation 4, Xbox One, Mac and PC. It also offers cross-play between all three platforms (mobile, console and PC), and you can use your Epic account to log in on any platform. PS4 and Xbox One users can use their PSN or Xbox Live accounts to open an Epic account, and have all their information transformed to their mobile device.

While match making will mostly be kept separate, meaning mobile players will only play mobile players, you will be able to create squads with your friends who play on other platforms. When this happens, players are paired in pools decided by a hierarchy. Mobile players being at the bottom, followed by console players, followed by PC players. So if you and your friends create a squad with all 3 types of players, you will be pooled with other PC players. All platforms can play each other except Sony and Microsoft, which unfortunately be some of the most interesting pairings.

For those who have never heard of Fortnite, it is a sandbox survival game. Players must compete in teams of 4 to complete various missions to collect resources to build defenses against zombie attacks. In Battle Royal, 100 players play against each other for survival in randomly generated maps. The game features randomly generated weapons, armor and other survival features. There are also no pay-to-win elements in Battle Royal. IAPs are mostly cosmetic for items such as reskins or dance moves.

Fortnite Battle Royal is available on the App Store for free, but you may have to wait until you can join the fun.