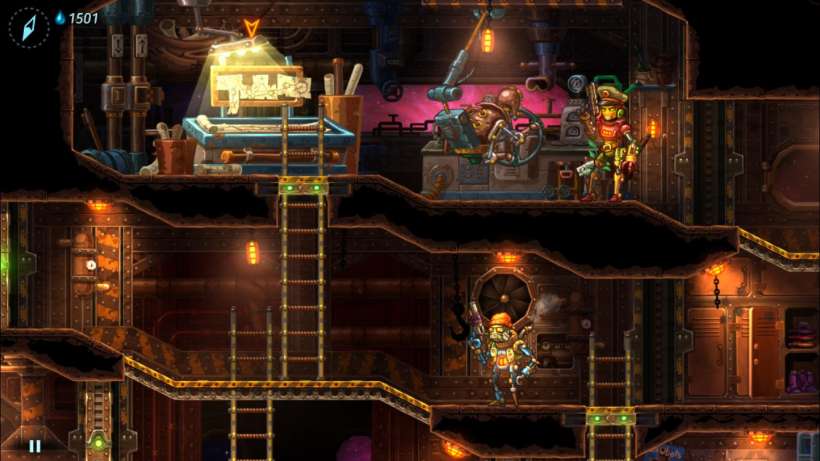 Apple's open developer policy has been both a curse and blessing as the App Store has been home to some great innovative titles, while equally spawning a race to the bottom mentality with freemium gaming. Gamers are going to have to embrace more premium priced titles if they want better games on their iOS devices. SteamWorld Heist is an example of what we could have if more people were willing to pay for iPhone and and iPad games.

SteamWorld Heist is a steampunk strategy game that follows a ragtag band of space pirates looking for water. Think The Ice Pirates but with only robots. Unlike most strategy games, which are typically played from a top down view, SteamWorld is played from a side-view. It is a turn-based game where you can move each of your robots a certain distance then make a move, such as shooting your enemy.

You control Captain Piper Faraday as she flies around with her crew from mission to mission raiding other ships for resources. Between blasting other space robots you can visit the space bar to hire new crew members and purchase new weapons. The game is played by completing different objectives during several missions spread out across three areas. Each area also includes its own boss battle.

In the game you move each of your crew members through different ships looking for loot to steal. Sometimes you'll also have an objective like blowing up a generator or killing a certain robot. Positioning each crew member in the right place as you advance is key as other robots will be trying to stop you from invading their ship. You can hide behind objects to protect yourself from enemy fire, but space is limited and bullets will ricochet off walls and objects. You can use this to your advantage but so can your enemies. The idea is the same as with any gun fight, to get an angle where your enemy can't hit you but you can hit them.

You must make it back to your ship alive with at least 1 of your crew members after you have collected all the loot and finished all of your objectives. Each robot that makes it back intact will gain experience to unlock new skills. Loot will include new weapons, items and water that you can trade at the space bar. Each level also has a three star rating system for how well you did. You will need to collect as many stars as possible to open new stages to advance through the game. 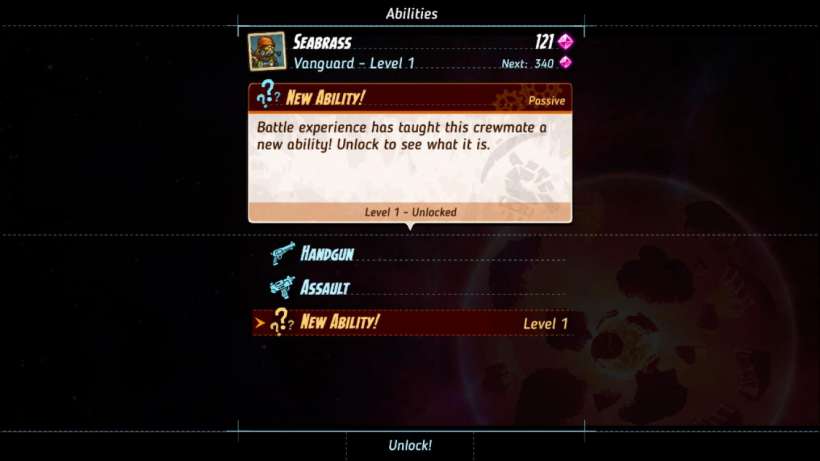 SteamWorld is a well crafted strategy game with a fun story that takes place is a cartoonish but beautiful world with high end graphics. The controls take a little getting used to but the game is easy enough to learn while also offering a challenge. The game offers different difficulties and promises 15 - 20 hours of gameplay.

SteamWorld Heist is available for $9.99 on the Apple App Store.