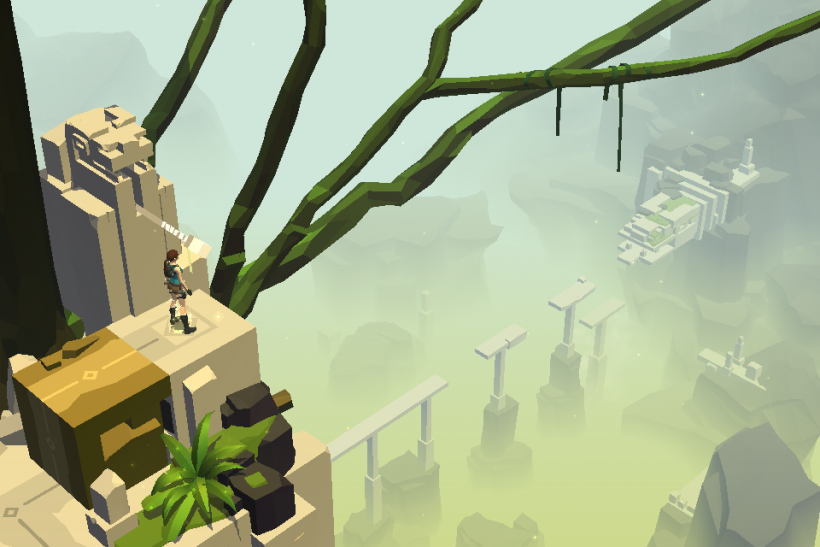 Transforming hit console titles into hit mobile games isn't an easy task. Most video game publishers take the lazy route by releasing a free-to-play endless runner based on one of their popular licenses, instead of developing something unique for mobile devices. Square Enix is guilty of this tactic, launching Lara Croft: Relic Run in May, but the company has also started releasing some great mobile games starting with their Hitman titles.

Hitman Go is a turn-based puzzle game that has received great reviews from both fans and critics. This is why mobile gaming fans were excited when Square Enix announced they would be creating a Go title based on its Tomb Raider series.

Lara Croft Go is not a platform title where you jump around and shoot things. It is a puzzle game where you use your brain and environment to kill enemies and solve problems. Croft didn't leave her guns behind, but you can only shoot enemies when you approach them from the side or from behind. Most of the time you just try to avoid them, or trick them into falling to their death, and you can sometimes take them out from long distance by throwing a spear. You also don't jump in this game which is hard to wrap your head around. Sometimes when you're stuck you just wish it was the console version of Croft and you could leap over a pit or to a higher ledge and move on with the game. 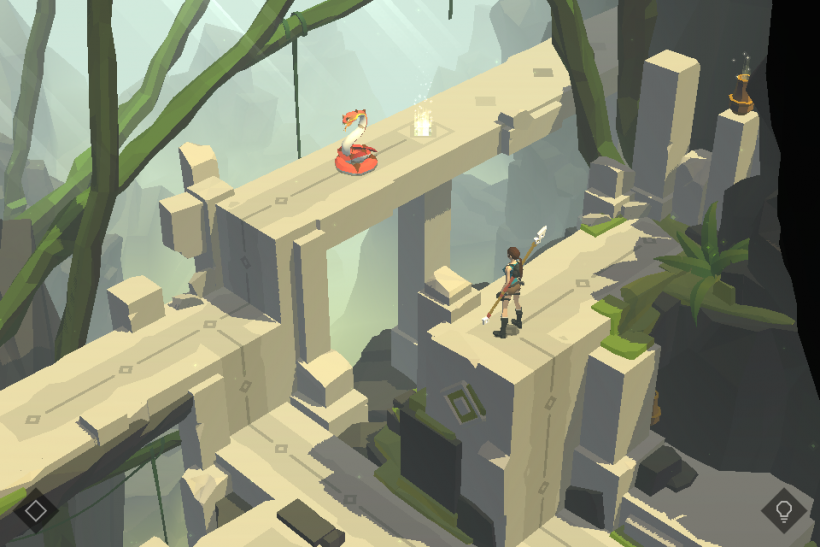 The game consists of 5 chapters with 75 levels or puzzles. Each level features a gameboard with predetermined paths that you move Croft along by using simple swipe controls. You need to figure out how to get Croft to the end of each level by climbing walls, activating switches, avoiding buzzsaws and so on. The puzzles are challenging but not impossible to solve. They're also relatively short, which is nice because it normally takes some trial and error to complete each one. The game also features deadly creatures, such as giant spiders, that move one space each time you move, or some just sit around and wait for you to make the mistake of meeting them head-on before they pounce. As mentioned above, you can kill the creatures by sneaking up on them or impaling them with spears you can find in the game.

Lara Croft Go features really great graphics and backgrounds which sets it above your typical mobile puzzle game. Croft also has a variety of special moves she will randomly perform like handstands, and the game includes nice little extra touches such as Croft losing her grip or using her feet to activate a lever. 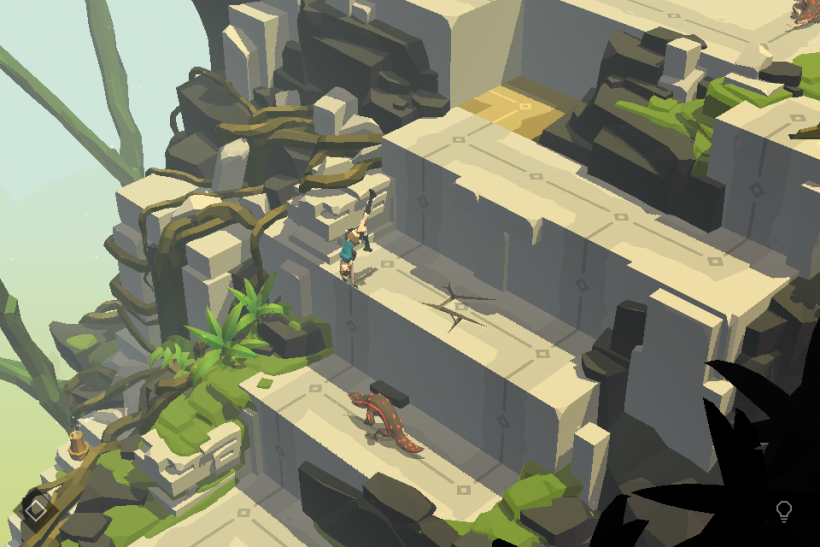 There isn't much of a story, Croft is just on another adventure in the "ruins of an ancient civilization." There are transitional animations of the mysterious Queen of Venom tracking you, but nothing too major.

As for complaints, I don't really have any. I wish Croft's deaths were a little better. I'm not asking for over-the-top gore, but it kind of looks like you just fall down when killed by a giant snake which is lame. The game also takes a long time to load when you start it, but it loads quickly once you start playing. 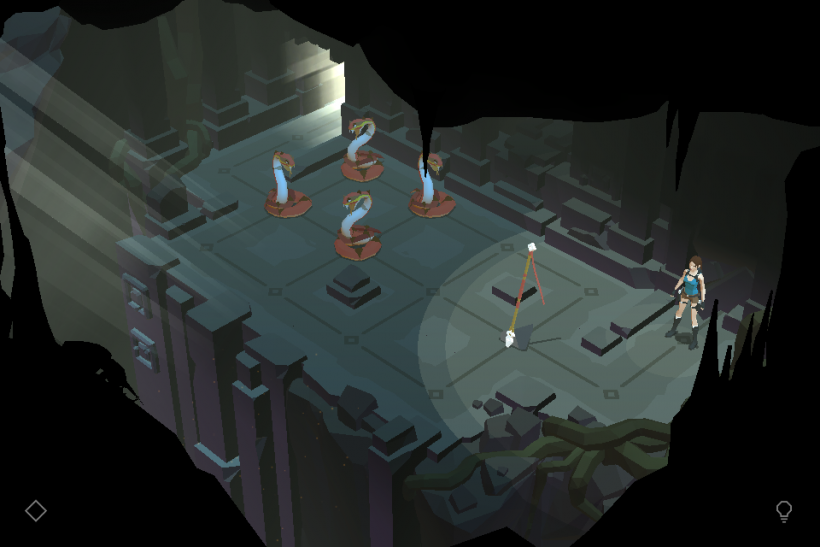 Lara Croft Go isn't a big action packed Tomb Raider title, but it's also not a throw away endless runner or another match three game. It offers exactly what most gamers are looking for in a mobile title -- a challenging game that looks great and is fun to play. It doesn't require that you spend any additional money and there are no timers or annoying ads. The game does have a few IAPs, but they are for bonus outfits, and there is an option to unlock the solutions for all the levels for $4.99.

I recommend Lara Croft Go to anyone who enjoyed Hitman Go and Tomb Raider fans who enjoy puzzle games. If you're looking for a hardcore platform game with lots of shooting this is not the game you want.

Lara Croft Go is available on the App Store for $4.99. I tested it on an older iPhone 4s and it looked fine and only crashed once.