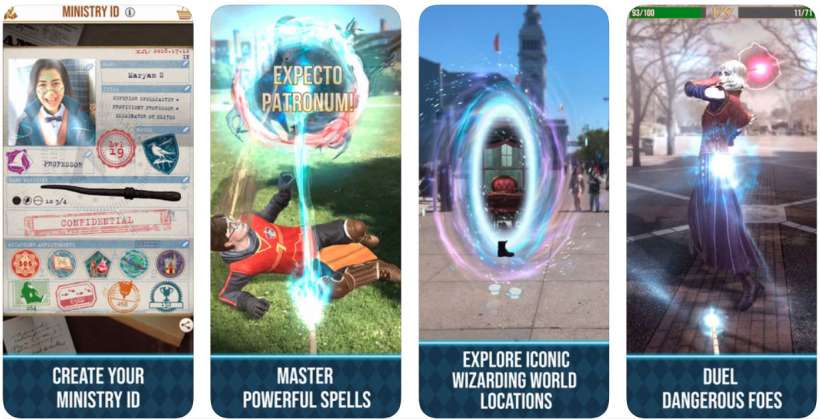 The long awaited Harry Potter game from Pokémon Go creator, Niantic, is finally here. Harry Potter: Wizards Unite is an augmented reality title where players are recruited by the Statute of Secrecy Task Force (SOS) to help solve the mystery of the Calamity, a worldwide phenomenon that has leaked artefacts, creatures and people into the Muggle world.

Early reviews of the game have noted that Wizards Unite has much more of an emphasis on narrative, unlike Pokémon Go, where you just go places to collect stuff. The developers have promised to deliver a multi-year narrative arc, and the game encourages players to team up to take on bigger Wizarding Challenges. Players can also recruit friends to participate in real-time cooperative multiplayer battles against dangerous foes, and to collect harder to find rare Foundables.

Foundables are any magical items that have slipped into the Muggle world due to the Calamity. Players must locate these items in the real world, then use magic to keep them safe until they can be returned to the Wizarding World. Foundables returned to the Wizarding World will be exchanged for special items that are tracked by the in-game Registry.

Wizards Unite is much more planned out than Pokémon Go, and uses the deep lore of the Harry Potter universe to create a new world for players to interact with. Players can participate in Exploration, Challenges, Mysteries, and Events, and perform tasks like saving Ron from different situations. Instead of using Pokéballs, players use magic by tracing a glyph across their screen. Players can also find ingredients in the real world to craft potions, and purchase food and drinks at Inns to replenish their Spell Energy.

Harry Potter: Wizards Unite is availble for Apple App Store. It requires requires iOS 10.0 or later on the iPhone 5s or later.