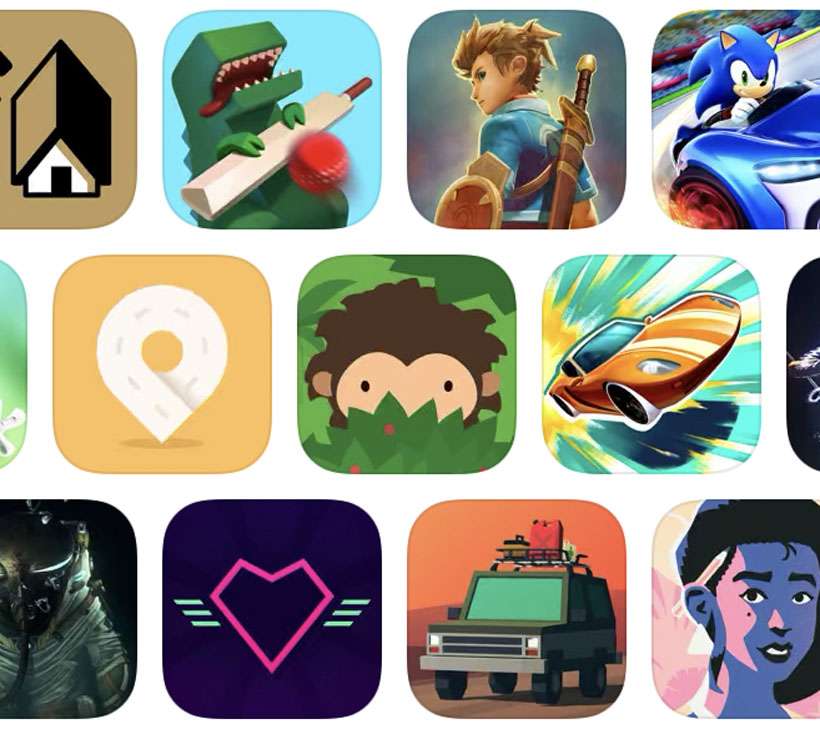 Apple Arcade launched with over 100 games and a monthly subscription price that provides unlimited access to them all. Games can be played on the Apple TV, iPhone, iPad and more, all for $4.99 per month. For anyone who's interested, Apple offers a one-month free trial. Apple has invited developers to push the limits of gaming for their titles in Apple Arcade. Now that the service has been around for a while, Apple has revealed the Top Apple Arcade Games of 2019.

These games are must-play titles in the Apple Arcade library. The Apple Arcade Game of the Year for 2019 is Sayonara Wild Hearts (number 8 on the top 20 list below). Apple describes its pick for the Apple Arcade standout of the year as "a hopeful, gorgeous and unique game — the kind that gets your adrenaline pumping and makes your spirit soar."

Cornfox & Brothers Ltd.: Oceanhorn 2: Knights of the Lost Realm, set a thousand years before the events of the first chapter, takes you on a magical journey across the vast world of Gaia, brimming with mythology and lore.

SEGA: The world's fastest hedgehog is back in SONIC RACING!

Klei: Hot Lava transports you back to your childhood imagination. Relive those moments of excitement, joy, and chaos.

KONAMI: Frogger is back! The classic frog-action game returns on Apple Arcade with an all-new look and the same simple gameplay.

Snowman: Capture the heart and soul of street skating in a style that’s all your own.

LEGO: Build your way to the top in this lighthearted, team action brawler where anything can happen.

CAPCOM: Capcom presents a fresh and original undersea exploration game, filled with unique visual and audio experiences for you to discover.

Finji: Take care of a group of travelers on a post-apocalyptic road-trip across the United States in this turn-based survival game.

Ustwo games: From the studio that brought you Monument Valley, comes a story about taking things apart and putting ourselves back together.

Radiangames: Speed Demons is the ultimate highway racing simulator, with breakneck speeds, amazing physics-based crashes, and the most intense TRAFFIC ever seen in a video game.

The Label: A silly physics-based golf parody where every golf course is a new surprising type of golf, some brilliant or hilarious, others so absurd you will ask yourself: WHAT THE GOLF?

Ubisoft: From a gorgeous river to a spider nest or the deep recesses of a tree, Rayman Mini thrusts players into a rich, natural environment through exciting 48 levels.

Dinosaur Polo Club: Have you ever been stuck in traffic and wished you could do something to fix it? In Mini Motorways, the city’s traffic problems are in your hands.

RAC7 Games: Live the life of a Sasquatch and do regular, everyday Sasquatch stuff like: Sneak around campsites...

PikPok: Chase the bad guys and race against time to retrieve top-secret counter-intelligence in your slick, souped-up vehicle.

Rogue Games: In the future, you’ve got to play a little dirty if you want to win races.

Snowman: Where Cards Fall is a slice of life story where you build houses of cards to bring formative memories to life.

Pomelo Games: Outlanders is a charming town-builder simulation game that lets you play as the leader of a group of regular people building a town together.

Devolver: Swing bats and throw balls through the intertwined histories of humankind and cricket in this one button, physics-driven game.