The official launch date and time for multiplayer is Sunday, March 8th at 11:00 PM EDT (8:00 PM PDT). But don't forget to set your clocks forward one hour at 2:00 AM on March 8th for Daylight Saving Time!

Nintendo explains there are three game modes that will be available in real-time multiplayer.

Gold Races require a subscription to the Mario Kart Tour Gold Pass, which costs $4.99 per month. Rules will change daily in both Standard Races and Gold Races.

Playing with friends or someone on a nearby iPhone or iPad means you can choose your own rules that won't change. Playing Mario Kart Tour is free, however a Nintendo account is required. Global destinations are featured in rotating tours, with players collecting drivers, karts, badges, and gliders. It only takes one finger to steer, drift, and sling items on Mario Kart racetracks. 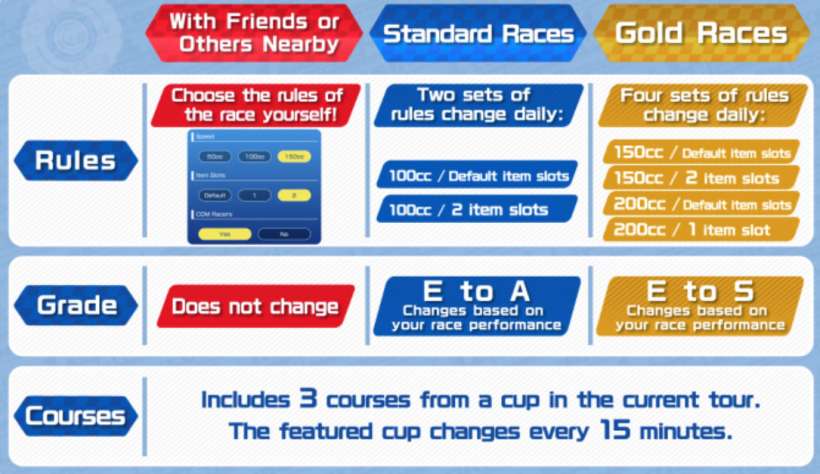 Mario Kart Tour was available for pre-order last August, ahead of its September 25 launch in 2019. Fans of the franchise were left waiting after the initial game launch was delayed in February.

Get Mario Kart Tour free on the App Store. Download and install requires iOS 10.0 or later and 209.2 MB of storage. In-App purchases include Rubies, Special Offers, and Gold Pass subscriptions for access to Gold Races.