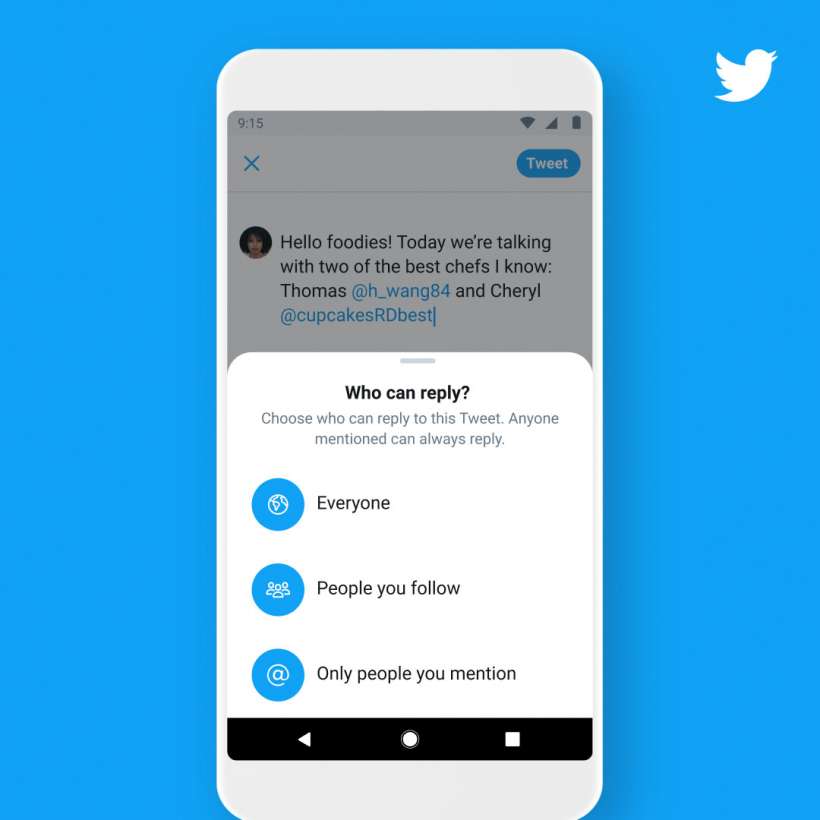 Changes to conversations are coming to the Twitter app on iPhone and iPad. The company has begun testing out a new setting which can limit who replies to a tweet. By default, anyone can reply to a tweet. The new settings change this, making it possible for a user to limit who can reply. The new conversation settings have undergone testing for months and may soon come to the entire user population.

Tweets that are reply-limited will be marked as such. Anyone who is mentioned in the tweet can always reply, no matter what. When composing a new tweet, three options are offered:

In addition to being labeled, these tweets will notify users when they can't reply. Attempting to reply to a limited tweet delivers a message with more information about the new options.

People who can't reply can still retweet, retweet with comment, and like any tweets that are limited using the new compose options. 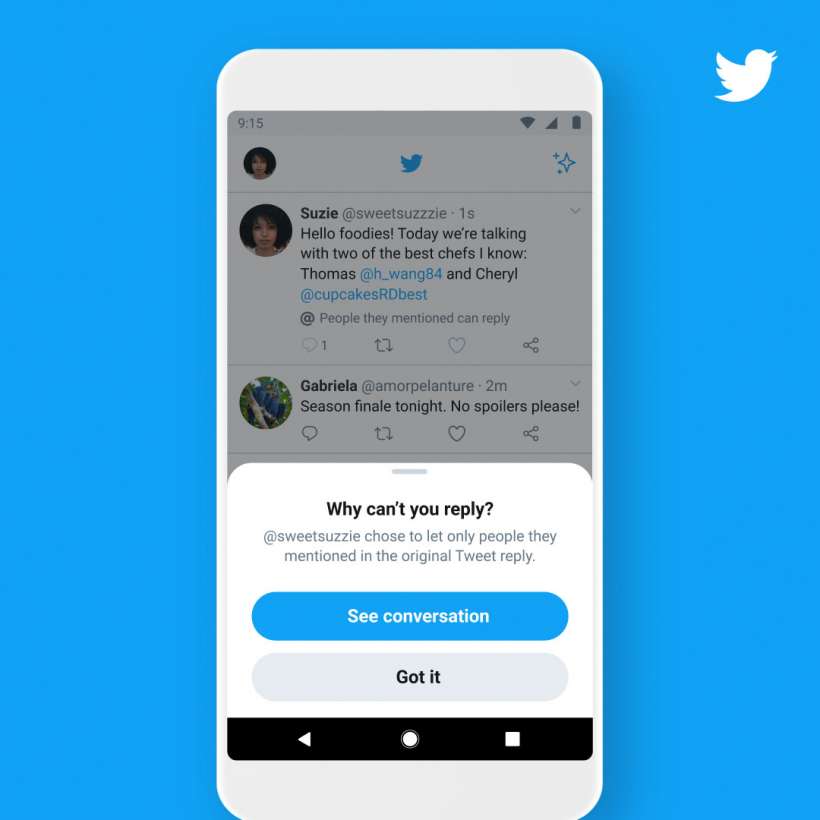 The release notes for Twitter version 8.30 mistakenly made it sound like the new features have already been implemented for all users. A company spokesperson clarified this is not the case.

In May, we tested a new way to have a chat with exactly who you want, so you can create and consume more meaningful exchanges. Now, everyone can try this new feature and choose who can reply to their Tweets.

In any case, Twitter continues to test the new feature. There is some debate over how it might affect conversations, by preventing replies that are in disagreement with a tweet. However, the change may also prevent users from online harassment. Look for the changes on your Twitter iOS app as the new reply settings are rolled out in the near future.