Messages gets 'Undo Send' and more in iOS 16 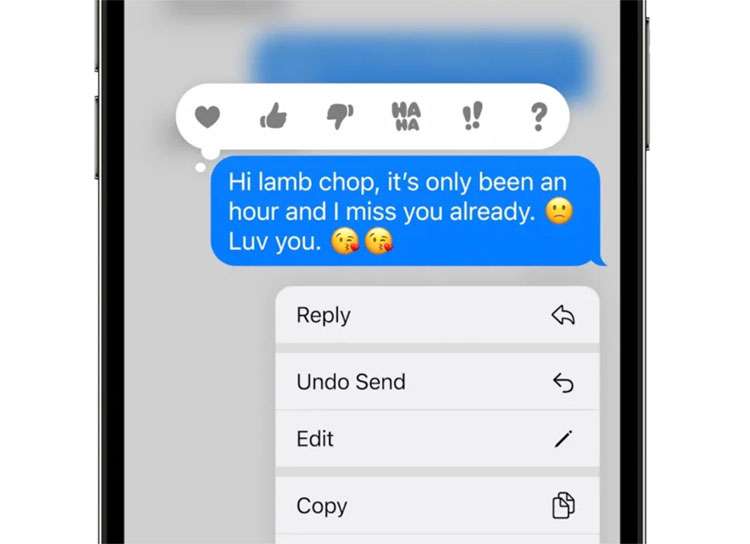 Apple continues to increase the functionality of its stock messaging app. With iOS 16 sent messages can actually be recalled using the Undo Send option. Undo Send appears in the menu after long pressing a message. While a message can be deleted on an iOS 15 device, this does not remove the sent message for everyone included in the thread. Delete only removes the message from your own device.

With Undo Send, messages can be deleted for all recipients.

Another addition to Messages makes it possible to edit any sent message after the fact. Instead of sending multiple attempts to fix an autocorrect error or typo, and jamming up the thread with additional messages, users will have the option to retype directly in the text bubble. Tapping a sent message reveals the keyboard, and once changes are made the message is noted as "edited".

Launching FaceTime to share an activity with someone on another iOS device is no longer necessary if you are communicating with them in Messages. With SharePlay integration, you can immediately start sharing supported apps right from a message thread.

Dictation on iOS 16 flows better with the keyboard, so both typing and speaking can be used interchangeably at the same time. This feature is also available in Messages, or when editing a sent message. Dictation takes place completely on the iPhone thanks to the processor's Neural Engine.

Expanding on the Live Text feature, there are new capabilities baked into iOS 16 that use machine learning. One example is a smart cut and paste, which can cut out the subject of a photo and remove the background. The resulting cutout image can then be pasted elsewhere, such as in the Messages app.

Last but not least, threads in Messages can quickly marked unread with a swipe. For message threads you need to be reminded to go back to in the future, this makes sure the notification bubble remains in place until you go back and read it again.