Things are really heating up for Marvel Entertainment, Guardians of the Galaxy is the highest grossing film of 2014, and the internet is buzzing about Captain America 3 kicking off a Civil War storyline in the cinematic universe. Marvel has also teamed up with Kabam to create an Injustice-like fighting game called Contest of Champions for mobile devices. 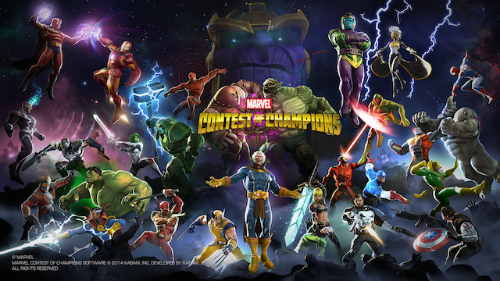 Contest of Champions seems to be loosely based on the 1982 comic book series where The Collector uses various Marvel superheroes as pawns in a battle with The Elder of the Universe, the Grandmaster and Death. Players can create a team of any four heroes from the available 25 in the game to compete in a Quest mode or battle against other players in a Versus mode. The game features the typical fighting game style controls and each character comes equipped with three different special moves / powers.