Warner Bros. has discounted all of its mobile games in the Apple App Store to only $0.99. This is good news since most WB titles are normally around $5 each. The sale includes the newly released Man of Steel and the LEGO versions of Harry Potter and Batman. Here is a list of some of the more popular WB games in the App Store:

Man of Steel - Based on Zack Snyder's blockbuster movie with the same name, Man of Steel allows you to utilize the powers of Superman to stop General Zod and his evil henchmen. The game is compatible with with all current iOS devices.

LEGO Harry Potter: Years 1-4 and Years 5-7 - You can now get the entire LEGO: Harry Potter series for only $2. Compatible with the iPhone, iPod touch, and iPad.

Warner Bros. has released a trailer for Phosphor Games's upcoming Man of Steel mobile game. The game is a tie-in to Zack Snyder's highly anticipated Man of Steel movie hitting theaters on June 14. Players can recreate the events in the film via story mode, and do battle with the movie's main villain General Zod and his army while controlling Superman. Unfortunately, the trailer is highly disappointing for a $3 iPhone game. Which is odd, since Gameloft managed to release a very impressive free iOS game for Iron Man 3. 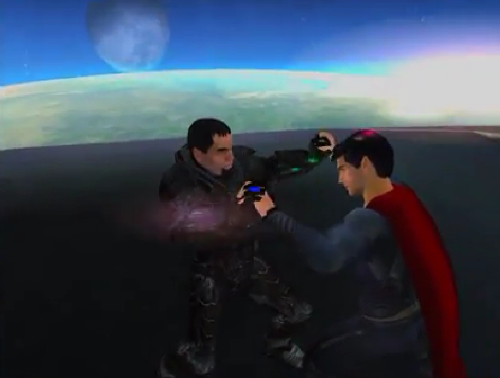 Greg Ballard, Senior Vice President of Mobile Gaming for Warner Bros, described Man of Steel as an "addictive brawler that lets players feel the power of being a Super Hero.”

The game also features survival mode which allows players the chance to compete against their friends for the highest score. Man of Steel the mobile game will hit Apple's App Store and Google Play on June 14. The iPhone version will be $2.99 and the iPad and iPad mini version will be $4.99. Check out the trailer below.