Anyone waiting to update to iOS 8.1 and jailbreak can breathe a sigh of relief. After several updates released by Cydia creator Jay Freeman (saurik) and the Pangu jailbreak team, the iOS 8 jailbreak has stabilized. Saurik announced that thanks to everyone's hard work, including his own, the Cydia store would begin accepting payments for jailbreak tweaks and software.

At the moment, the Pangu jailbreak version 1.2.1 is available for Windows only. China-based Pangu Team is actively working on an OS X version, which could be released by the weekend. Cydia Installer version 1.1.16 introduced several bug fixes for iOS 8 users. Developers can now mark their creations as iOS 8 compatible and begin using Cydia's payment structure.

In an odd move on Monday night Apple released the first beta of iOS 8.1.1 to developers. The update offers various bug fixes, stability improvements and a patch for the recently released iOS 8 Pangu jailbreak, according to Weibo user Daniel_K4.

Daniel_K4 is allegedly a member of Team Pangu, the group of Chinese hackers who released the Pangu jailbreak tool for iOS 8 devices. He claims that iOS 8.1.1 patches an exploit used by Pangu and that jailbreakers should upgrade to iOS 8.1 before Apple releases version 8.1.1 to the public. This also means iPhone and iPad owners who want to keep their devices jailbroken should avoid upgrading to iOS 8.1.1 when it is available.

The Pangu Jailbreak for iOS 8 has arrived with English support and full Cydia integration. Much like the original Pangu, the tool makes jailbreaking an iOS device incredibly simple. All devices officially supported with iOS 8.0 - 8.1.x can be jailbroken using Pangu. For Windows instructions see below. 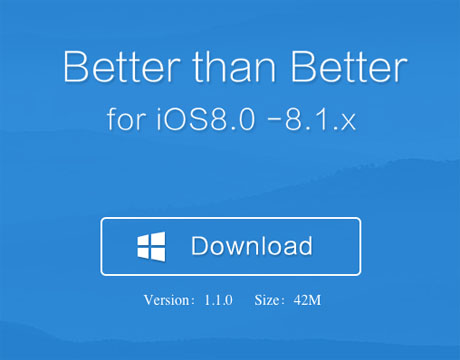 Here is a complete tutorial explaining how to jailbreak iOS 8 with Pangu on Windows. To begin, make sure the iOS device is indeed updated to iOS 8.0 or later. In order to prevent problems, it is recommended to update from iOS 7 using the latest version of iTunes on a computer. Those with previously jailbroken devices should backup, then restore to iOS 8 to get started. Follow these steps to use the Pangu Jailbreak:

Team Pangu has finally released a full version of their iOS 8 jailbreak tool. Unlike the previous release, the new jailbreak comes with a Cydia installer. This allows users who jailbreak their device to easily access the Cyida app store which contains all the tweaks and apps created by the jailbreak community. Cydia has also been updated to version 1.1.14 to fix a few bugs and to add other improvements, like iPhone 6 support. Click here for step-by-step instructions on how to jailbreak iOS 8 with the Pangu Jailbreak tool. The jailbreak works on all devices running iOS 8 - iOS 8.1. There is no Mac version currently available, but that should hopefully change in the near future.

Popular jailbreak tweaks such as Zeppelin, WinterBoard and SwipeSelection have also been updated with iOS 8 support, and new tweaks like ForceReach, that take advantage of iOS 8-only features, are already being released to Cydia. Make sure you check out our weekly apps and jb tweaks recap every Saturday or follow us on Twitter to keep updated on the latest Cydia releases. 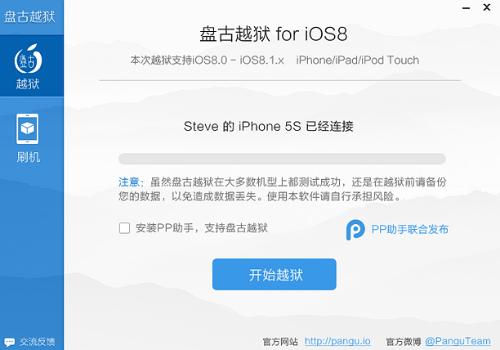