Mac users can now join in on iOS 7.1.x jailbreak fun. Pangu 1.1 has been released, adding a Mac OS X version along with several improvements. The update removes references to PPSync and the Chinese pirate app store, and adds English to the user interface. 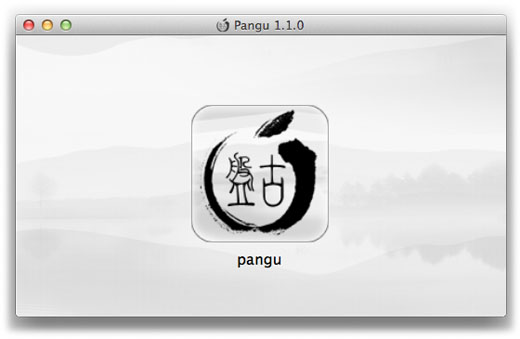 Pangu is compatible with all iPhones going back to the iPhone 4, all iPads except for the original model, and the iPod touch 5G running iOS 7.1 or iOS 7.1.1. OS X users can jailbreak iOS devices untethered using the Mac version of Pangu 1.1 in just a few minutes. Here are complete instructions on jailbreaking iOS 7.1.1 on a Mac:

Pangu received an update to version 1.1, bringing an English interface and other improvements to the jailbreaking tool. In addition to the new Windows software, a version of Pangu 1.1 for Mac OS X was also released.

Jailbreaking iOS 7.1.x untethered is now a simplified process thanks to Pangu. The update also removes references to PPSync and the pirated app store that were initially included in Pangu 1.0. Pangu is compatible with iPhones going back to the iPhone 4, all iPads except for the original model, and the iPod touch 5G. Here are instructions on how to jailbreak iOS 7.1.x with Pangu 1.1 on Windows:

The team of developers behind the Pangu jailbreak have delivered on their promise to add Mac OS X support. Pangu v.1.1 was released on Sunday. The update brings an English UI for U.S. users, a fix for the boot loop bug that was plaguing some devices, and the removal of the “PP25″ installer for users who select the English option. 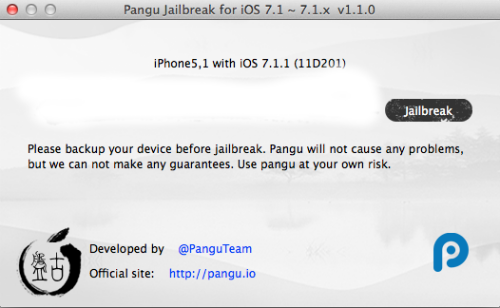 Chinese users will still have the option to install the third-party software which includes a pirate app store. U.S. users should avoid this option because it may contain apps and tweaks with malicious intent. Besides the dodgy app store, Pangu is safe to install on your device. Two well known U.S. jailbreakers, MuscleNerd and iH8sn0w, have confirmed that Pangu does not contain any additional threats. However, you should always back up your device before installing any jailbreak. 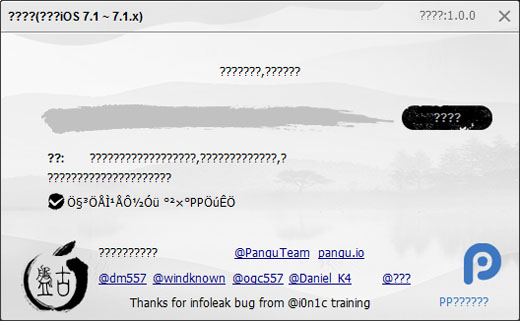 A new iOS 7.1.1 jailbreak released by the Chinese team PanGu wasted two possible exploits that could have possibly been used to jailbreak iOS 8, according to developer iH8sn0w. In a tweet, iH8sn0w revealed that the untethered jailbreak burned two exploits pertaining to code signing and the kernel, plus the “syslogd chown vulnerability" discussed at the Black Hat conference in August. This means at least one vulnerability used for the PanGu jailbreak would have probably been patched by Apple in iOS 8 since it was already made public. 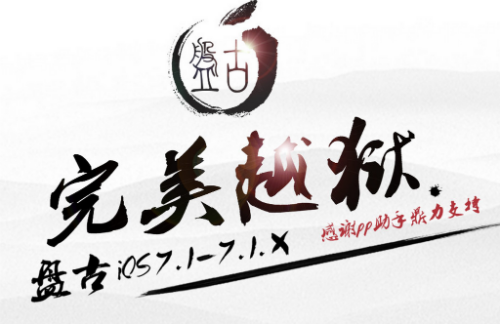 Another famous jailbreaker, Comex expressed his support for PanGu by saying it is "not healthy" to have a monopoly on public jailbreaks.

"Though I am of course supportive of @planetbeing @pod2g etc., I’m very happy that public jailbreaks are no longer a monopoly," he tweeted.