iPhone 4 prices with a two-year contract just keep dropping, thanks to AT&T offering refurbished devices at steep discounts. For only $79, new subscribers can pick up an iPhone 4 16GB with a cosmetic blemish, while the same refurb in new condition goes for only $99.

iPhone 4 32GB models are going for $199 while the cosmetically blemished ones cost only $179. These deals save between $100 and $120 off normal prices. Even refurbished iPhone 3GS models have been slashed, with cosmetic blemish 8GB hardware going for only $19.

Best Buy has announced that the 8GB iPhone 3G will sell for only $149. What's the catch? These are refurbished devices. Similar 16GB models will sell for $249. Both of these deals represent a $50 savings over new retail prices.

All discounted phones will be sold with a 2-year service contract from AT&T and a standard one-year warranty. The devices will be in "like-new operating condition," meaning they have been returned by users within the 30-day trial period. Best Buy also offers an additional two-year Geek Squad Black Tie Protection plan.

In mid March, AT&T held a short two-day sale on 8GB refurbished iPhones at a low price of $249, hoping to attract new customers with the luster of an affordable iPhone. It worked swimmingly, with the available phones selling out in under 24 hours. By day two, bargain iPhone hopefuls were greeted by an offer for the full price, factory fresh iPhone instead of the reduced price refurbs. 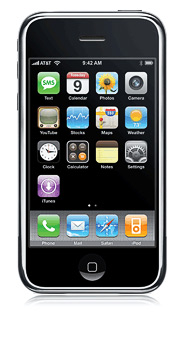 Well, a couple months later, AT&T is back at it again. While stock is available during the next two days, AT&T will be selling the 8GB iPhone for the same price as in March - $249. AT&T is also selling the 16GB iPhone in refurbished fashion for $349. Both are significant reductions from the everyday price of the iPhone, and are also $100 cheaper than