Klingons are jerks. Now you can communicate with them using your iPhone. Don't be at a loss for words after some kid wearing tights grunts in your general direction. 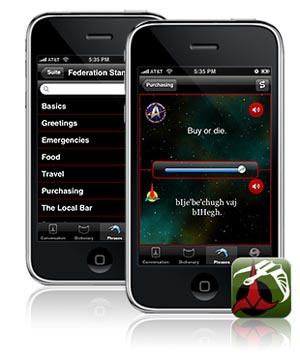 Now you can tell him to go away in his favorite fictional language. Ultralingua offers a complete Klingon language suite on the Apple app store for $11.99.