Normally iTunes will limit your syncing of the iPhone to music from one library located in one place. Trying to sync with another library results in content on the iPhone being wiped first. Thanks to developer Harrison Apps, users with jailbroken iPhones can now sync with multiple iTunes libraries on a single iOS device. 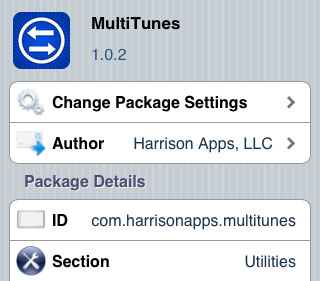 Spoiler alert! Updating to iTunes 9.0.2 will break your ability to sync media to the Palm Pre. Apple has thwarted those wily webOS programmers at Palm for the third time this year.

Palm has been duping the Apple software into thinking its Pre smartphone is an iPod. One of the selling points to the Pre was how easily existing iTunes users could sync their media files with the device.

You can sync your Google calendar with your iPhone over the air. These steps require iPhone OS 3.0 firmware or newer. Before you proceed, backup your iPhone contacts and calendar by syncing with iTunes.

You can sync your Yahoo calendar with your iPhone over the air. These steps require iPhone OS 3.0 firmware or newer.

Could a healthy smartphone rivalry turn into all-out legal war between Palm and Apple? The Palm Pre has been found to sync effortlessly with Apple's flagship software iTunes by tricking the software into thinking it's an iPod.

The Pre is due for release on June 6th, and Apple is widely expected to release the next generation of its iPhone later this summer. Apple watchers are waiting to see what response, if any, the company will make to the revelation concerning the Pre's iTunes syncing capabilities.