Just last month reports indicated that Apple was planning to integrate reprogrammable SIM cards into iPhones, cutting wireless carriers out of the activation process. Turns out that opposition from European carriers has derailed the project. According to a report in the Sunday Telegraph, the wireless companies threatened to stop paying iPhone subsidies for contract subscribers. Currently, carriers pay the subsidy directly to Apple and collect the money from customers during their service subscription period. 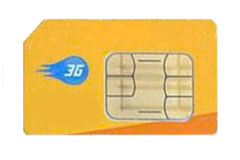 An anonymous source at one mobile operator told the paper that Apple has "been sent back to the drawing board with their tails between their legs." The company's work on embedded SIM cards may not be entirely wasted, as the report also explains that future iPads may include the special SIM. The iPad is not subsidized by mobile carriers, and a reprogrammable SIM card would make it possible to activate the device at the point of purchase on a variety of carrier's networks.

Activation could be handled using an app downloaded from the App Store, leaving Apple with an even closer relationship to those purchasing an iPad. This was also the plan for iPhones, however Apple still needs permission to operate on carrier networks. Even though carriers could still make plenty of money from data charges and calling plans, French operator Orange went so far as to travel to Apple headquarters in Cupertino to speak out against the SIM plan.

Consumers with Apple's embedded SIM card would have also been able to switch carriers without swapping out SIM cards. Apple was partnering with SIM card manufacturer Gemalto to provide activation support. The product works by writing carrier-specific data to rewritable flash memory on the SIM chip. Apparently the threat of lost iPhone sales due to consumers having to pay full price up front was real enough for Apple to abandon the idea.