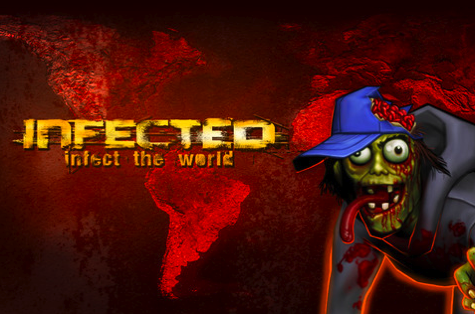 The game is pretty straight-forward and easy to play. You have a few minutes before each mission to drag citizens into alleys or behind vehicles to make it easier to guard them with your army. The cars, like taxi cabs or buses, can be purchased like torrents and blown up in an act of desperation. The game can get pretty overwhelming with multiple people to protect in large cities, so using your initial setup time wisely is the key to survival.

The undead can easily bash your barricades and devour your police officers, making Infected unlike many tower defense games where you just upgrade your torrents to deal with stronger opponents. Many times I found myself scrambling from victim to victim trying to replace fallen officers and replace my blockades even after careful planning.

Infected isn't the best tower defense game I've ever played, but it's the closest thing I can find to Shattered Colony on the iPhone right now. The app is free with the opportunity to spend real money on various upgrades and other features.