iPhone Game of the Week: Scramble With Friends

Zynga’s latest multiplayer, Scramble With Friends, is the official iPhone Game of the Week. The latest "With Friends" app is another word game that tests your vocabulary by displaying random letters in a four-by-four grid. Players must form as many words as possible before the countdown clock expires. The words are easily spelled out by sliding your fingers over the letters that are displayed. 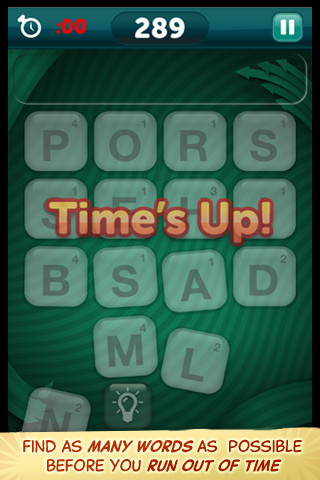 Scramble With Friends is basically the same as Zynga’s original Scramble game, with the added bonus of playing with your friends. You can also play random opponents. The person who scores the most points in three rounds wins. The game is compatible with all three iPhones, iPod touch (3rd and 4th generations) and the iPad. It requires iOS 4.0 or later.

The app is $.2.99 in the iTunes App Store, and features in-app purchases for bonus "token packages." There have been a few customer complaints about the in-app purchases. As always, I recommend reading through the customer reviews before purchasing any app from the App Store.

There are already a lot of games in Zynga..I do play words with friends and hanging with friends..Scramble with friends is also a hit game nowadays. Every time I'm in trouble the ANAGRAMMER gives me more hint. Try to google it peeps!!