When it comes to Halloween games on the iPhone and iPad everyone has played Angry Birds Seasons and Plants vs. Zombies. Rest assured there are plenty of options that are much more scary to get you in the holiday spirit. Several titles are not only creepy, but you'll be fighting for survival surrounded by blood, gore and monsters. 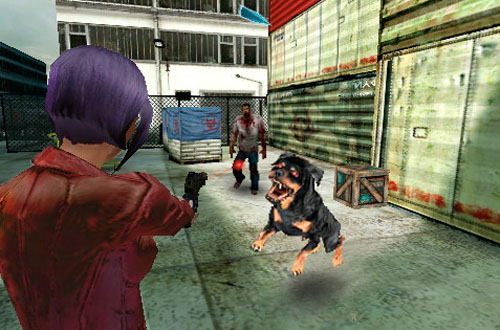 These mobile games take advantage of the touch screen and powerful graphics on iOS devices to deliver an in-depth experience. Here's an alphabetical list of the top 13 scary iOS games for Halloween. Make sure you play these games at night with headphones and turn off the lights.

With new maps and weapons never seen on mobile, the title will challenge the most seasoned Call of Duty veterans. Play solo or join a team of up to 4 players as you mow down hordes of zombies with an all new interface featuring voice chat. Even try 50 levels of the zombie gauntlet that provides the ultimate undead challenge for fans of zombie warfare.

Keep running. You just woke up in a dark forest, surrounded by the sounds of wailing souls trapped in the haunted trees. Howling wind delivers a chilling message of evil. Run as far as you can, as fast as you can before the cold whispers of the forgotten souls catch up and take you. There's no stopping or hiding.

The Necromorph horde will be unleashed. Hack and shoot your way through maps with several modes using weapons, suits, and ammo to survive. A fully voice-acted stereo soundtrack, plus a movie-quality score and great sound effects provides full immersion. Cutting edge visuals with rich effects and atmospheric lighting round out the package for complete cinematic horror.

An all-new chapter of the DOOM saga awaits. The first person rail shooter makes you the last surviving Marine in your unit, exploring a remote research facility on Mars where scientists have lost control of their experiment. You must defeat Hell's minions and unravel the mystery of what has happened on Mars. Good luck.

You are a prisoner, and one day you suddenly wake up in a gloomy isolation cell with strange noises breaking the usual silence of the corridor. Something is not normal. The wardens are gone and your cell is unlocked. Getting out won't be easy. Besides gangs and violent killers there are now evil powers taking control of the penitentiary!

New York is in ruins and the streets are filled with zombies. Fight your way out and find safety by blowing away zombies with an incredible arsenal of weaponry. Boards include all kinds of places like the subway, abandoned highways, rural farmlands, broken suburbs and the streets of New York to name a few. Zombie carnage at its best.

You are starring on the hit television show Mutant Bash TV which is pretty much exactly what it sounds like. Arm yourself in this first-person rail shooter and find ammunition and cash while getting hunted by creepy mutants on carnage-filled levels challenging your survival.

The famous series gets numerous enhancements over previous versions including improved graphics, new modes and downloadable content. This thrilling chapter engages the player in running gun fights against crowds of enemies using an intuitive tap interface. Put your skills to the ultimate test.

With over 5.3 million copies sold, the franchise returns to iOS. Left with a dull, flickering flashlight you must find the exit to safety before you run out of bullets. Confront evil using the touch screen and accelerometer and escape the labyrinth crawling with creatures out to do you harm.

Your mission is to bring the soul of a dead man to heaven through high-resolution hand drawn mazes that will test your dexterity and composure. The environments are immersive, and if the concept wasn't scary enough, there are frightening sound effects throughout the game.

You are a world-weary, recently resurrected hero back from the afterlife on a quest to avenge the death of your beloved. With beautiful music and incredible comic-style hand-drawn cut scenes, the game offers a powerful story-driven introduction to the Vampire Saga. Immerse yourself in the gothic nightmare as you take down bloodsuckers before you are overrun and killed.

A dark, visceral and emotional series that explores dark psychological places in a world devastated by the undead. The story involves corpses returning to life and survivors stopping at nothing to maintain their own lives. Every decision you make results in the story changing around you, creating a tailored experience.

This survival shooter pits you against a quickly spreading zombie infection that has everyone afraid. Head to South America as a soldier and reporter to uncover the origin of another zombie outbreak and fight your way through places like favelas, mines, docks and a secret lab. Weakened zombies can be finished off with brutal and amazing fatalities. Don't be scared!

If you want to have an awesome Halloween gaming experience I suggest you guys check out this list right here http://goo.gl/yAl0sn