Every once in a while apps with hidden features slip into the official App Store, until Apple catches wind of the secret and pulls the app. If you're into retro gaming the free game Gridlee features a built-in MAME emulator, much like the ill-fated iMAME which was previously pulled. These emulators make it possible to play a wide variety of old video games, right on your iOS device without jailbreaking. 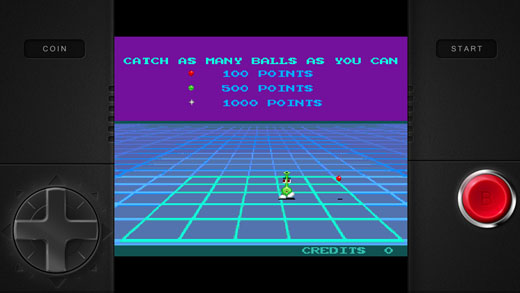 According to Touch Arcade, Gridlee is based on the powerful MAME4iOS which provides support for external controllers such as the iCade, advanced visual filters, and support for MAME cheats. Copying game ROMS into a special folder will make Gridlee start up with a list of installed games automatically.

The ROM folder can be accessed from a computer using iExplorer, which makes it possible to copy game ROMs to the iOS device. Games can be found on the web, including this expansive list from ROM World. iExplorer is free, and will allow gamers to access parts of the iOS file system.

To add a game to Gridlee, simple download the ROM to your computer. Open iExplorer and drag the ROM into the folder Apps -> Gridlee -> Documents -> roms. Make sure to quit Gridlee if it's running in the multitasking bar and reopen the app. Instead of running Gridlee, a list of installed games will appear.

If you're interested in running a MAME emulator on your iOS device, act quickly before Apple pulls Gridlee from the App Store!