Apple has released iOS 6.1.1 to fix a bug only affecting iPhone 4S devices. The iOS 6.1.1 changelog simply reads: "This update fixes an issue that could impact cellular performance and reliability for iPhone 4S". The over the air update was only sent to iPhone 4S owners. The update comes after European carriers such as Vodafone, had to warn users not to update to iOS 6.1 because of "difficulty in connecting to the network to make or receive calls or texts or to connect to the Internet." 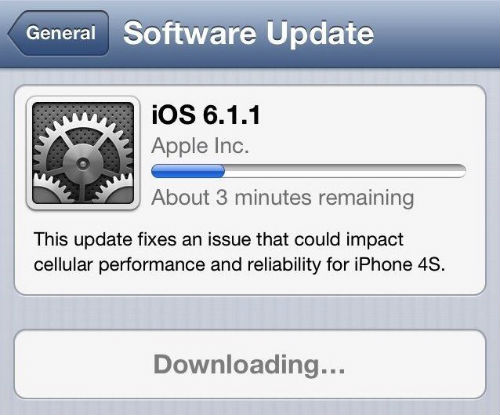 This does not mean Apple will not block the untethered jailbreak with its next iOS release, but it's safe for iPhone 4S users to upgrade for now.