PvZ2 has a distinct advantage over KR, it is owned by EA and it is free. This will automatically make casual gamers prefer PvZ2 over Kingdom Rush: Frontiers, but serious gamers will probably prefer Ironhide’s game over PopCap’s. Here’s why.

Plants vs. Zombies 2 is more for the Angry Birds crowd -- casual gamers who are looking for something to do while they wait for their crops to grow on Farmville. It is also for the type of person who is willing to cheat by buying $25 worth of in-app purchases to gain an advantage. That’s why EA gambled on the freemium model for PvZ, rather than charging a one-time fee for the game. EA knows how addicting in-app purchases can be, and that people will buy them. 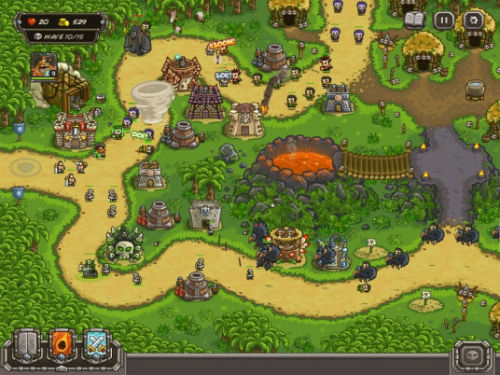 Kingdom Rush: Frontiers is a challenging TD game that takes concentration and strategy to defeat, especially if you're a completest (and if you're playing on the veteran setting). Yes, you can also cheat by purchasing upgrades, but unlike Plants vs. Zombies, it makes more sense because of the level of difficulty. That’s not saying Plants vs. Zombies can’t be intense or challenging, but it is a button mashing Tower Defense game that can be very repetitive and tedious.

Plants vs. Zombies is not really a strategy game, it’s more like some OCD person's routine. You place the same plants in the same order on almost every level. It also doesn't require much planning or thinking, just a lot of tapping. Kingdom Rush features many different enemies and terrains with many unique abilities. It also requires that you learn the strengths and weakness of every tower and enemy, interact with your environment, and perfectly time your bonus weapons to win. Plants vs. Zombies just requires that you use a lot of plant food after it lulls you into sleep. 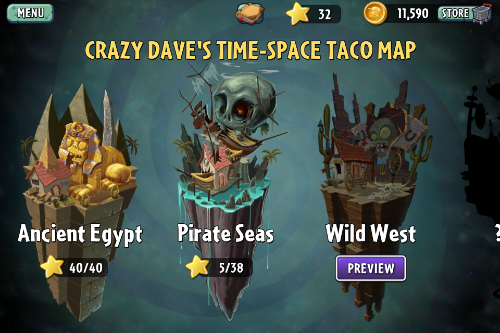 Kingdom Rush: Frontiers also features much more replay value thanks to its fun achievements and Easter eggs, while Plants vs. Zombies 2 offers a lot more levels, bonus levels and mini games. This gives Plants vs. Zombies a slight advantage since it offers more content for free, but I know some people rather pay for quality over quantity.

It may sound like I’m being a bit harsh when it comes to Plants vs. Zombies 2, but it’s just a lesser Tower Defense game when compared to the superior Kingdom Rush. This doesn't in anyway mean it is not fun and can't be challenging, but it's more of a time passer than an engrossing game that you would want to buy. Thank god it is free!

Meanwhile, die hard Tower Defense fans who require a little more strategy would be a fool not to drop $3 on Kingdom Rush: Frontiers.

I don’t really agree with you. Tower Defence doesn’t have to really be kingdom-themed game. Personally, I highly prefer PvZ 2 because I find it more fun and classic. But everyone has its own opinion :)