It is hard to believe but not everyone obsesses over their smartphone, and a lot of people probably don't realize how much iOS 7 is going to change the look of their Apple devices. This leaves no doubt that iOS 7 is going to confuse and anger many users once it becomes public in September, but Apple is making sure that its technical staff is ready to handle the backlash. 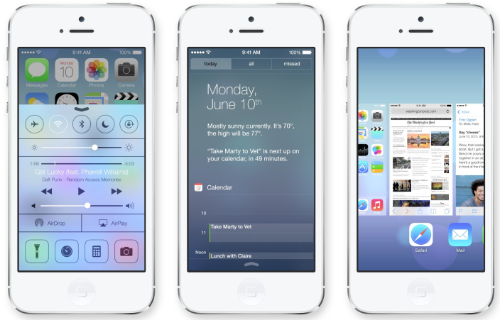 Apple is requiring that its AppleCare staff complete iOS 7 training by the "second week of September," according to 9to5Mac. Apple is also asking part-time employees to become full-time members in anticipation of a busy September launch. Requiring that its staff be prepared for a new product is nothing new, but Apple employees may be fielding a lot more calls than usual when it comes to iOS 7.

Multiple AppleCare employees have told 9to5Mac that Apple is heavily focusing on "iCloud Photo Sharing options, the redesigned Camera app, the more feature-rich Safari browser, Control Center, and AirDrop file-sharing." The AppleCare staff is also preparing to walk people through Apple's new iTunes Radio service, and to teach users that iOS 7 doesn't change how things work, but it only changes how things look. It is going to be interesting to see how the general public reacts when they unknowingly update to iOS 7.

Apple is expected to announce the iPhone 5S and rumored iPhone C at a special event in San Francisco on September 10. iOS 7 is expected to land on all Apple devices a few days later.