Apple has acknowledged a bug in iOS 7 that is causing some people to have problems with their iMessage app. Users have been reporting that they are unable to send messages, or are being forced to send messages twice. Others are receiving an alert after a message has been sent using the app. 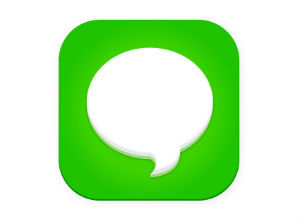 “We are aware of an issue that affects a fraction of a percent of our iMessage users, and we will have a fix available in an upcoming software update,” Apple said in a statement. “In the meantime, we encourage any users having problems to reference our troubleshooting documents or contact AppleCare to help resolve their issue. We apologize for any inconvenience this causes impacted users.”

The Apple community has suggested a few fixes like turning iMessage off and on by going to Settings >> Messages and tapping the on/off slider twice, and some have found success by rebooting their phones.

The problem seems to have started after Apple released iOS 7.0.2 to fix another bug that affected the lock screen.