T-Mobile has officially announced its pricing plans for Apple's next-generation devices. The carrier will begin accepting pre-orders for the iPhone 5c on September 13, 2013 through T-Mobile.com for zero dollars down, plus 24 monthly installments of $22. That makes the T-Mobile model $21 less than Apple's off-contract iPhone 5c price of $549 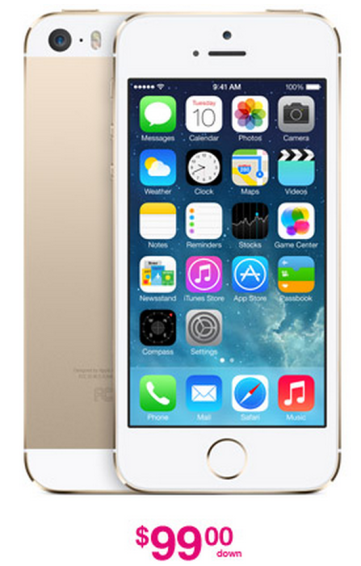 So far Walmart is offering the best deals on Apple's new handsets. You can nab the iPhone 5c from the big box retailer for just $79, or the iPhone 5s for only $189. Again, that is for the 16GB model only, and it requires that you agree to a two year contract with either AT&T, Verizon Wireless or Sprint.