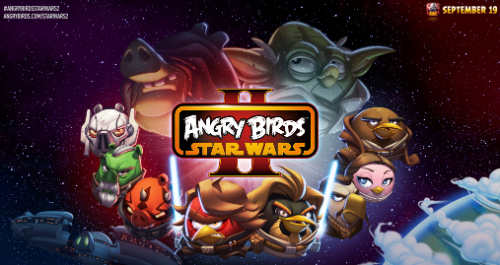 "The Force is strong with this one. Get ready for Angry Birds Star Wars II – the epic follow-up to the #1 smash hit game! Based on the Star Wars movie prequels, use the Force for good against the greedy Pork Federation or choose a much darker path. That’s right; for the first time ever you can “Join the Pork Side” and play as the fearsome Darth Maul, Emperor Palpatine and many other favorites!"

And here is a video of the telepods in action:

You can download Angry Birds Star Wars 2 from the App Store for $0.99. It requires iOS 4.3 or later, and is compatible with the iPhone, iPad, and iPod touch.