The Angry Birds franchise is going to a galaxy far, far away. Rovio Entertainment hinted about the next Angry Birds tie-in on their official Tumblr page on Friday.

Welcome to the Angry Birds Tumblr page. Over the next few weeks we’ll have behind-the-scenes content, animations, comics, and much, much more. But what will this all be about exactly?! Here’s a clue… 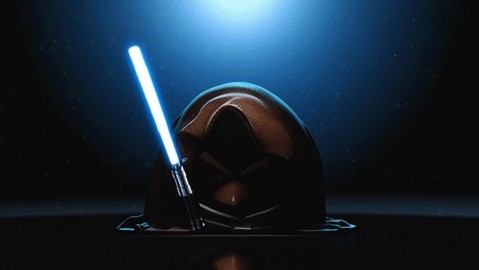 Rovio will unveil the upcoming Star Wars crossover on October 8 at the Toys R Us Times Square location in New York City. It's unclear if Rovio is releasing an entire new Star Wars themed game or something else altogether.

Rovio recently refreshed the Angry Birds franchise with the release of Bad Piggies, and launched a Green Day / Angry Birds app for Facebook. Both Bad Piggies and the recent Angry Birds Space update are currently available for download in the App Store.