T-Mobile Offers $250 to BlackBerry Users Who Upgrade Their Device

T-Mobile CEO John Legere recently created a social media storm after his company sent out emails urging BlackBerry users to switch to the iPhone 5s. The backlash caused BB CEO John Chen to pen a blog post condemning Legere for not speaking to him before launching a "clearly inappropriate and ill-conceived marketing promotion." How did T-Mobile respond? By offering BlackBerry users $250 if they trade-in their current device for a new model: 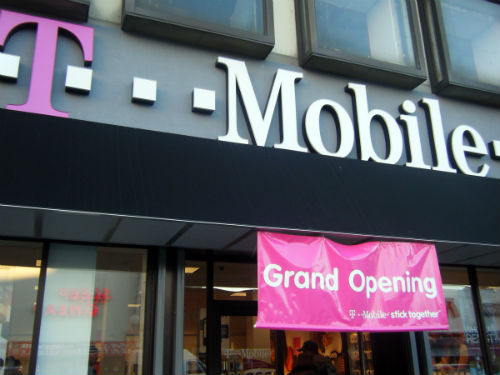 Legere also suggested on Twitter that Chen call him instead of blogging his feelings the next time he is upset with T-Mobile's marketing tactics.

"If you want to stay on #blackberry, our offer is the best out there. Feel free to call me next time, Chen!

Legere ruffled AT&T's feathers in January after he crashed the carrier's CES party and accused them of copying T-Mobile's business practices. T-Mobile also announced earlier this year that they would pay anyone's early termination fees if they break their contract and leave their current mobile provider.