See the Video Preview of IntelliscreenX for iOS 7

Many jailbreak fans are anxiously awaiting the release of Intelliborn’s flagship lock screen tweak for iOS 7. The developer has teased that Intelliscreen X 7 will be worth the wait, and has now launched a preview video and screenshots of what’s to come. 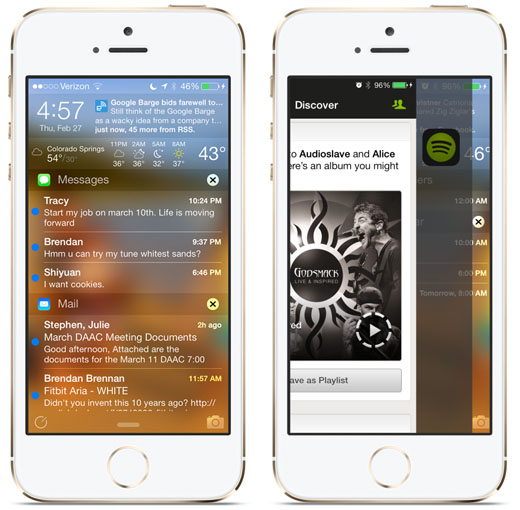 Intelliscreen has been around for some time, with previous versions integrating flawlessly into the iPhone notification center and lock screen. The tweak is on a short list of reasons to jailbreak iOS, and has been featured as a must-have jailbreak tweak on iOS 6.

The preview video below from Intelliborn showcases some of the key features of IntelliScreenX 7. A completely new iOS 7 user interface provides email, messages, calls, Facebook, Twitter and RSS information at a glance. In addition to Messages+ and Slide integration, apps can be whitelisted to skip passcode access where sensitive information is not at risk.