If You're There, Pick up the Phone!... New Apple Patent May Allow Live Voicemail Screening

Back in the days before caller ID, one of the only ways to screen an incoming call aside from having someone else answer and say you weren't home, was to let the answering machine pick up. Then, based on the urgency and content of the call, you could either pick up or ignore and let the recording finish. With caller ID, you can ignore calls you don't want to take, but you don't know the subject of the call, which can leave you with worries - what if it was an emergency? Of course you could always wait for a voicemail to show up and then decide whether or not to call back, but judging by Apple's new patent, you may soon be able to listen to voicemails on your iPhone as they are being recorded, and answer if you want to. 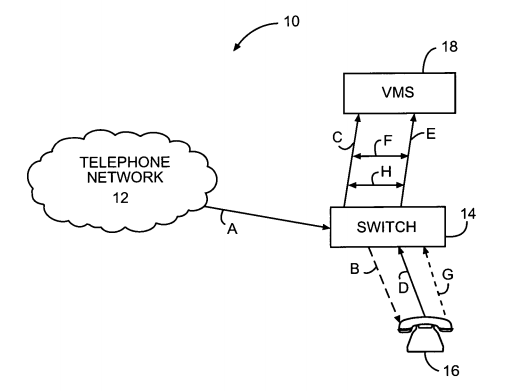 According to Apple Insider, Apple probably acquired the patent through Rockstar consortium's purchase of a collection of some 6,000 Nortel patents (Rockstar is a consortium of tech companies including Apple, Microsoft, Research in Motion,

Ericsson and Sony among others, that paid $4.5 billion for the Nortel patents in 2011).

The patent is titled "Audio call screening for hosted voicemail systems," and a short description of the problem and intended solution tells us:

Implementation of the patent will allow users to screen messages being left at a hosted voicemail system from their iPhones by establishing a connection between the incoming call, voicemail system, and the iPhone. This will let the user listen to voicemail messages live, as they are being recorded, and decide whether to answer or let the message continue recording.

Live message screening is clearly a desirable function, if and when we'll see it implemented in future iPhone generations is anyone's guess. The patent was originally filed by Samuel H. Christie IV in 2003, and it was just today updated.