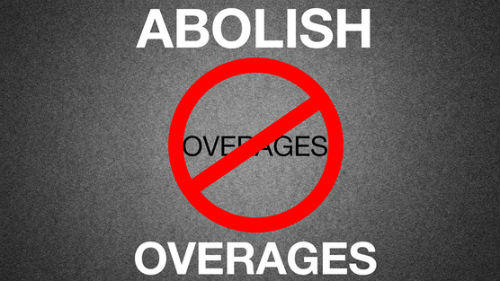 Part three challenges AT&T, Verizon and Sprint to eliminate overage penalties. John Legere, president and CEO of T-Mobile, who says "overage fees are flat out wrong," has created a petition on Change.org asking all wireless carriers to abolish their "greedy, predatory" practices.

"Charging overage fees is a greedy, predatory practice that needs to go," Legere said in the T-Mobile press release. "Starting in May for bills arriving in June - regardless of whether you're on Simple Choice, Simple Starter or an older plan, we're abolishing overages for good. Period."

Instead of being charged a higher price for going over their allotted usage users will now have the option to buy more data, or deal with throttling until their next billing cycle.

Legere says the worst part about overage fees is that they normally affect customers who "can least afford them".

"As an advocate for consumers, we're putting a stop to that. I personally won't be satisfied until we obliterate this shameful practice from the entire wireless industry," said Legere.