Expanding the capabilities of AirDrop is not on everyone's priority list. After all, the default list of items that can be shared between iOS devices with AirDrop is pretty extensive. Photos, videos, voice memos, Safari links, Map locations, Passbook passes and Contacts are all supported. In fact, anything that appears on a share sheet can be delivered wirelessly via AirDrop, provided both devices support the feature. 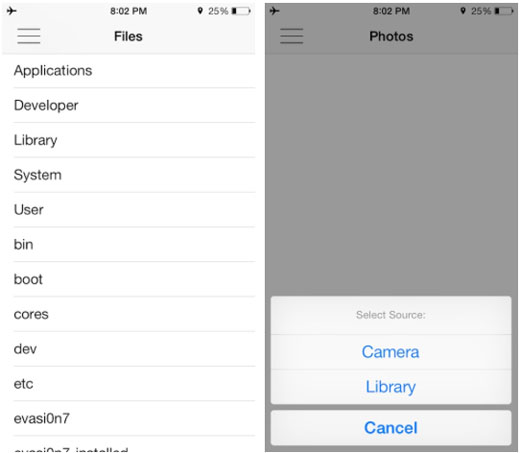 Developer Majd Alfhaily decided to expand this list further with the jailbreak tweak AnyDrop. Once installed, native AirDrop capability can be used to transfer any file stored on the iOS filesystem. One caveat though, both devices must have AnyDrop installed for this to work. The AnyDrop app installs on the iOS home screen, requiring no configuration to start sharing. 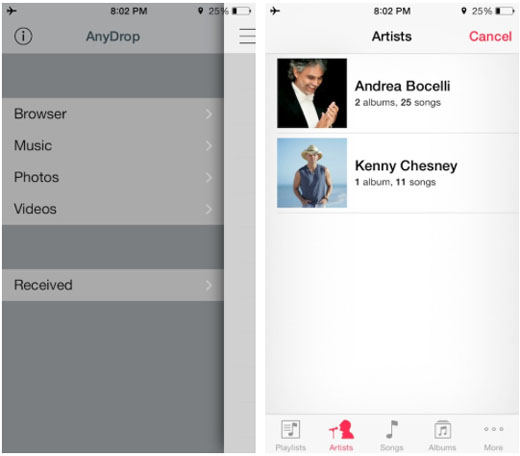 With its own file browser, AnyDrop provides quick access to the iOS filesystem. Users can also browse received files and import selections to the media library. Files can be sent via AirDrop from apps that support the "Open in" feature. High speed transfers up to 20MB per second are possible using built-in AirDrop capability.

While this tweak might not be needed by a majority of AirDrop users, some might find it handy for frequent file transfers in specific situations. Of course, in order to use AirDrop at all both iOS devices must support this feature. AirDrop is currently available with iOS 7 on the iPhone 5 and later, 4th generation iPad, iPad mini, and 5th generation iPod touch. And don't forget that both devices must be jailbroken with AnyDrop installed.

AnyDrop is available from the BigBoss repo on Cydia for $1.99. Check here for instructions on how to jailbreak iOS 7.x with evasi0n 7. You can also find out how to purchase and install Cydia tweaks with this guide.

if you want to share files between two iOS Devices, here is another way.